Home » By The Numbers » The Shane Dawson Phenomenon 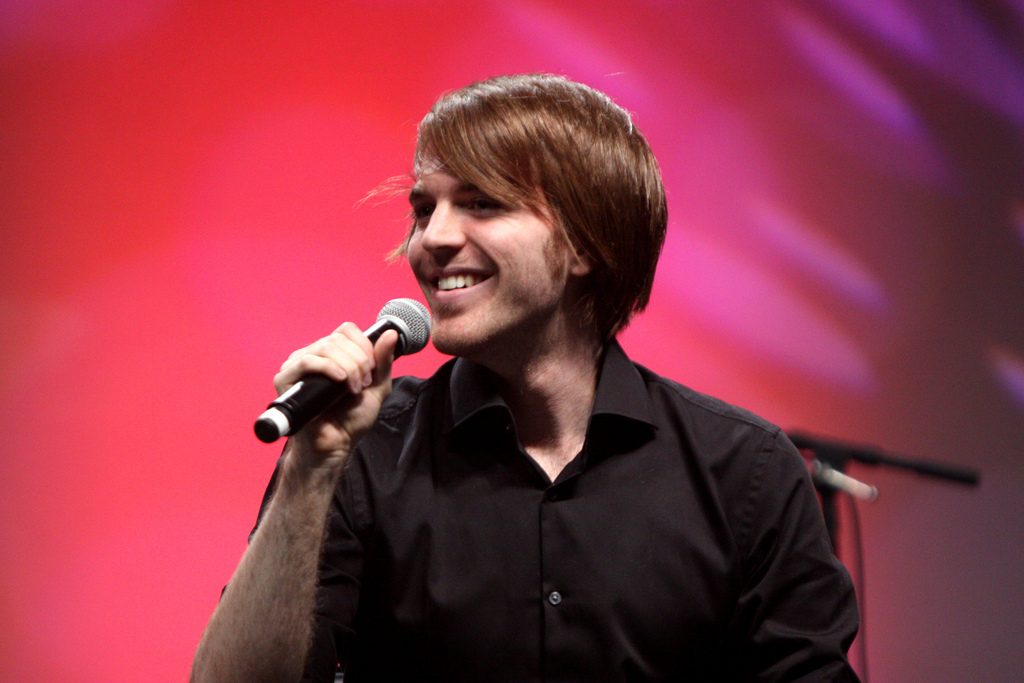 Shane Dawson has been a YouTuber since 2008, and continues to be one of the most prominent YouTubers of all time. He has managed to remain relevant for over a decade as the platform itself has gone through numerous changes. By constantly evolving his content to match his audience, Shane doesn’t seem to be going anywhere anytime soon—and he has his new and innovative docu-series on controversial YouTube figures to thank for that.

In this article, three halftime staffers take a look at his three docu-series, discussing what made them so successful, and what may have gone wrong.

Let me start this by saying I was never into the whole YouTube culture. I was a casual fan at best: followed a channel or two, watched videos to procrastinate, and maybe occasionally clicked the “Like” button.

And then my roommate—bless her—introduced me to Shane Dawson. Specifically, she introduced me to his docu-series on TanaCon. Now, if you’re like I used to be, here’s a quick summary: Tana Mongeau, a Youtuber, had some drama with Vidcon (a convention for Youtubers, similar to ComicCon) and decided to launch her own convention, TanaCon. She invited many celebrities and Youtubers as guests, and she made the whole event sound like it would be amazing,wonderful and, most importantly, free (with the option of purchasing only if you wanted a VIP pass). Flashing forward, TanaCon was a big disaster: clear health and safety violations, people getting sunburned in lines, and everyone seemed to be a VIP (so no sign of the free tickets). With a lot of questions going around and few answers, Shane Dawson, who had been scheduled as one of TanaCon’s guests, decides to investigate what actually happened in TanaCon, feeling partially responsible since many of the people who bought tickets were his fans.

OK, so I wish I could say that I went through watching this in a reasonable, healthy manner. But I really couldn’t. I spent three hours lying on my bed until almost 1 AM because I could not bring myself to stop watching. Should I have been doing homework? Probably. But did I desperately need answers about this random Youtuber’s convention that I had just learned about? Absolutely! Shane Dawson knows how to hook you in. He knows who you want to hear him talk to. He knows the questions you’re asking. And he especially knows at what point to stop to leave you desperately wanting to watch the next part immediately. The beauty of TanaCon—perhaps the only good thing to ever come out of it—was that it was the perfect story: it was chaotic, it was polemic, it was shrouded in rumors and questions. And there was Shane Dawson: lover of conspiracy theories, experienced Youtuber, and expert storyteller. The TanaCon series was proof of what is possible when you pair up the right mystery with the perfect narrator. Going on Youtube is like falling down the rabbit hole, but, if you’re going to, Shane Dawson’s TanaCon series is not a bad place to start.

The Secret World of Jeffree Star

Shane. Dawson. Yeah, after ten years, he’s still going, and, god, this man is thriving. I am an UNABASHED Shane Dawson fan. From binging his skits when I was 12 years old to having his Twitter alerts on during his Jake Paul series—I stan this emo-twink-turned-conspiracy theorist. His Jeffree Star series established the genre of docu-series on YouTube. Suddenly, millions around the world are tuning in to his half-hour long videos, paving the way for YouTube to become a platform for Netflix-quality series that you could watch, for free, on the same medium you use to watch cat memes, vine compilations and “epic fail” videos.

Jeffree Star has truly made a name for himself in the viral sphere. He’s been called many things: pop star, makeup artist, tea-spiller, androgynous alien, “bitch”, etc. In this series, Shane delves into the multi-millionaire’s world of Gucci, numerous Pomeranians and pinball machines, as well as an impressive factory that leaves you….*breathes in*….shook. We get a grand tour of Jeffree’s house. Andrew Siwicki, Shane’s cameraman and co-editor, pans from overflowing closet to overflowing closet, to the point where Shane loses his $2500 wig. Shane even humorously “becomes” Jeffree, which includes a James Charles “sister” makeover. Jeffree even buys him a matching Gucci red and blue one-piece, complete with Gucci shoes.

The series isn’t all Swarovski crystals and Chanel bags. For the first time, we get insight into Jeffree’s relationship with his boyfriend, as well as the incredible amount of work and passion he invests into his business. Most importantly, we learn about Jeffree’s past, his failures, and his insecurities. The Secret World of Jeffree Star is a series that tells the story of a man who started from nothing but built an empire. Here’s to Shane for telling that story.

The Mind of Jake Paul

Here it is, the most recent and most ambitious Shane Dawson docu-series yet. Much like Nicole, I have been following Shane Dawson since I was twelve years old. To watch his evolution as a YouTuber, but more importantly as a person, over the years has been quite the experience. This docu-series feels like a culmination of his evolution, and it was definitely intense.

The Mind of Jake Paul follows one of the most controversial YouTubers and social personalities: Jake Paul. I’m using the term controversial lightly here. When Shane first announced he was doing this, there was outrage. Many people hate Jake Paul for a variety of reasons and were nervous that Shane would try to redeem him in their eyes. Me? Well, I was here for the drama, to be honest. I don’t particularly like Jake Paul, but I was open to seeing things from his perspective. What’s it like to be universally hated by adults and simultaneously adored by children (his primary fan base)? And how would he respond to the critiques against him?

But, after finishing the entire eight-part (yes, eight) series, I am left feeling more frustrated than anything. Shane Dawson is great and I wouldn’t have been a fan of his for so many years if I didn’t think so. But, what this series was missing was some objectivity. Now look, I know true objectivity is practically impossible. But Shane has a tendency to get too close to his subjects, building true friendships with them. This wouldn’t be a bad thing if Shane didn’t have such a loyal fan base who trusts him wholeheartedly. In the penultimate episode, Shane talks to Alissa Violet, Jake’s ex-girlfriend, who mentions that Jake used to tell girls that he could build their careers, sleep with them, and then never talk to them again. That right there screamed casting couch to me, and it’s a horrible abuse of power. But it’s never really addressed after that. And because of its placement in the series (this episode comes right before the almost 2-hour long finale where Jake gets to explain his entire side), it almost becomes forgotten, despite how manipulative and disgusting that is of Jake to do. Yet, a quick scan of the comments section would show that no one seems to think that.

People won’t take notice if Shane doesn’t make them. By not addressing it adequately, his fan base won’t pay attention either. Shane edits and releases the series in such a way that inherently falls in Jake’s favor. This is clear by the fact that so many of the comments from the first to the last episode show a shift in people disliking Jake to saying “I actually like him now.” I don’t mind if people like Jake Paul. I just wish some of the more seemingly awful aspects of his persona were adequately addressed by both Shane and Jake so that the audience could get a more balanced picture.

Shane went into this docu-series attempting to see if Jake Paul is a sociopath, which caused a lot of controversy. It was a misguided to attempt to diagnose Jake without proper medical licensing, and by the fourth episode the sociopath angle is practically abandoned. This makes me wonder why he spent three episodes prior to that focusing on it. While I had some issues with the content, the series was incredibly ambitious and I commend Shane for doing so. With these docu-series, he is effectively changing the game for what YouTube creators can do and, for that, he deserves endless praise.

Juliana Vaccaro Juliana is a senior in the College, an English/Economics double major, a Chinese minor, and a Contributing Editor. She somehow still finds time to take way too many Buzzfeed quizzes.