A lack of nationhood won’t stop the District from making an Olympic effort to gain statehood.

There have been numerous attempts to make a national spectacle out of the fact that our government’s home has no Congressional representation. Michael Panetta’s desire to start a District Olympic team is one of the lastest examples.

It began in 2004 when Panetta and his friends were watching the Summer Olympics. The U.S. Men’s Basketball team had lost to Puerto Rico, and Panetta wanted to know why Puerto Rico had a team but the District did not. As it turns out, not only does Puetro Rico have an Olympic team, but so do Guam and the U.S. Virgin Islands. All are part of the United States and all have nonvoting delegates in Congress, just like the District.

Panetta’s efforts led to the creation of the District of Columbia Olympic Committee. So far, the DCOC has existed mostly as a web site, http://www.dcolympicteam.org. “It was really just an attention device,” Panetta said on the web site. “It was to get people excited about it.”

Of course, to have an Olympic team, the DCOC would need athletes. Panetta and his friends decided to start with curling. “It’s immediately endearing,” Panetta explained. He went on to admit that his team was not really of Olympic caliber. “None of us curled before it started,” he said.

When the 2006 Olympics rolled around, the DCOC received a lot of media coverage, as well as inquiries from people hoping to field Olympic teams in sports like fencing, squash and basketball. Panetta is looking forward to the 2008 Olympics, hoping to at least petition the International Olympic Committee for inclusion. Perhaps by 2010 there could really be a District of Columbia curling team at the Winter Olympics.

The next step for Panetta and the DCOC is to field teams that are recognized by their respective international organizations. For example, the D.C. Curling Federation would have to be recognized by the World Curling Federation. So far, Panetta and his curling players are focused on learning the game and training at the closest curling facility, all the way out in Laurel, Md.

Mike Panetta and his D.C. Curling team offer a bit of a departure from slogans on license plates or rearranged primary election schedules. The Olympics have always invoked the common-man-turned-hero imagery, and maybe Panetta and his curling team will make history.

While it’s unlikely that this effort will have any real effect on the issue of representation for the District, it’s still a good story, good enough to fill this column and maybe snag a movie deal. Move over, Cool Runnings, this man is curling his way to Congress. 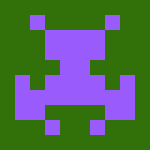