In the early morning hours of Sept. 6, the campus custodial employees of P&R Enterprises voted to accept their first union contract, improving their wages and benefits and bringing to an end a five-plus year campaign for union recognition and a living wage.

The contract includes a pay raise of $2 per hour over three years and up to four weeks vacation time for an employee of ten or more years.

Employees can also take six paid sick days per year, to be increased to eight in 2008, three paid bereavement days and all university holidays. The contract was accepted in a 19-0 vote as the night shift came to an end.

In addition, Sylvia Garcia, a longtime labor activist and leader of the campaign, was elected by her coworkers to serve as shop steward and union representative, affiliated with Local 32BJ of the Service Employees International Union.

Garcia, appearing relaxed on the eve of her victory and speaking through a translator, said, “We are very happy because this contract makes a big difference for us, because in the past we didn’t have anything except very few vacation days.”

As the new contract retroactively applies to July, the employees of P&R, a nationwide custodial company contracted by Georgetown to clean buildings such as the ICC, can expect to receive a check of $500 in back pay in the coming weeks.

This contract victory signals the conclusion of a long campaign for a living wage and unionization, which reached a high point in March 2005, when twenty-five student activists, members of the Georgetown Solidarity Committee, went on hunger strike to demand the university pay its employees a living wage of $14.93 an hour in total compensation.

“Everyone was excited that they came out with the contract they wanted and that the boss has to sign it,” Maya Zwerdling (SFS ‘08), a GSC leader and witness to the contract vote, said.

“It was one of my best moments at Georgetown. It was like the day we won the living wage.”

Zwerdling made special note that the new contract agreement exceeds the living wage threshold determined by the GSC as necessary to live comfortably in the D.C. metro area.

The compensation of $14.93 includes wages and benefits provided by the employer.

Rich Gibson, SEIU 32BJ campaign coordinator, said this new agreement gives the Georgetown P&R workers wages and benefits that are similar to those of other university janitors in Washington, D.C.

Gibson also noted that the current victory would not have been possible without the active role of Georgetown students.

Garcia emphasized this point as well. “The students were all very strong and dedicated,” she said. “They had the power to make an impression on the people here, and we wouldn’t have won the contract without their help.” 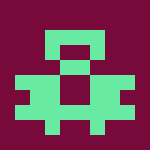