For those of you who enjoy water from the tap, you may want to consider switching to Dasani.

The United States Geological Survey announced that a large number of intersex fish have been found in the Potomac River. The upstream parts of the river provide water to Washington and parts of Virginia.

80 percent of the tested male sea bass were producing immature eggs, according to the survey. Some scientists are concerned that these biological irregularities are due to the contamination of the river by chemicals called endocrine disruptors.

Intersex fish were first discovered in 2003 in the Chesapeake Bay, which is fed by the Potomac. The gender benders have also been found in the water off the San Diego coast.

Despite concerns about a possible threat to the District’s drinking water, Thomas Jacobus, general manager of the Washington Aqueduct, insisted that the city’s tap water is completely safe for human consumption.

“Our water meets all regulatory standards,” Jacobus said. “There is no indication that people should not drink the water.”

Jacobus acknowledged, however, that these chemicals could possibly be harmful if their levels rise. He blamed the presence of the endocrine disruptors on medications that reach the sewer system through careless disposal.

He said that there is a lack of guidelines for these chemicals, since the Environmental Protection Agency has not created regulations for the chemicals despite having extensively researched the issue since 1996.

Dale Kemery, media contact for the EPA’s Office of Water, said that the Agency is waiting for more scientific investigations before declaring a position.

“Essentially, this is fairly deep science on a molecular level,” Kemery said. “It takes a long time to find the facts and the effects on humans.”

Some believe that the mere existence of these hormonally altered fish signifies a problem. Glen O’Gilvie, President of the Earth Conservation Corps, an environmental advocacy group based in Southeast D.C., lamented this finding as a sign of the damage that people have done to the area ecosystem.

He also said that he worried the pollution of the Potomac River will spill into the Anacostia River, which his organization closely monitors.

The state of the Anacostia River has also been the subject of concern, since neighborhoods near the river have suffered high rates of chronic disease.

“This will have negative effects on us as people as we fish these rivers and eat these fish,” O’Gilvie said.

In addition to the possible physical aspects, O’Gilvie is concerned about the psychological effect that these modified fish will have on Washington citizens.

“Folks feel discomfort living by a polluted river,” O’Gilvie said. “There will be a mental effect. It’s bad for the area.” 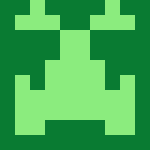