Shaw hoped that the walk would help demonstrate to administors the unintended affects of the policy.

Their first stop was the Village A rooftops. With its interconnected wide decks and glorious views, the rooftops have been a prime spot for large parties, particularly during the first few warm weeks of school.

There were about eight people standing around, Shaw said, and when they moved on to Henle, they could hear crickets in the courtyards. Lord asked Shaw if a lot of students had gone home that weekend; Shaw told her that this is typically one of the biggest party weekends of the year.

With fewer students eligible to throw parties because they’re not yet 21, and few having parties for fear of suspension, Tim Brown (COL ‘09) said that a lot more people are leaving campus to find parties.

The Chairman of the Advisory Neighborhood Commission, Ed Solomon, said at the meeting last Tuesday that he’d received a lot of complaints from people in Burleith about last weekend.

Despite direct questions about the new alcohol policy, Lord shed no new light on the administration’s side of the controversy.

“I think it’s fair to say that all our efforts this year around alcohol policies and the new late night programming initiatives have been aimed at fostering a safe, vibrant social life on campus,” Lord wrote in an e-mail.

She did tell Shaw on their walk that the atmosphere they observed was not what they intended to perpetuate.

Neither Shaw nor Lord would specify which parts of the alcohol policy might be reworked. Yesterday, Lord cancelled a scheduled meeting with Shaw at the last minute. As of last night, a tentative meeting was rescheduled for today.

“Georgetown has always prided itself on providing a great education and having a good time,” Pat DePoy (COL ‘09), who is president of the group ‘Work Hard Play Hard – GU Students for Stopping the Madness,’ said. In less than 24 hours, the group collected about 1520 signatures on their petition.

DePoy said that he doesn’t think the University intended for their alcohol policy changes to have the stifling effect they’ve had in the last few weeks, but that there clearly needs to be more of a conversation between the administration and the students.

DePoy, who lives in the Rugby house, which in past years held about one party a week, has already been written up twice this year. DePoy said they probably won’t hold parties anytime soon because they’re terrified of suspension.

Small groups of people walked quickly and quietly past the Village B apartments early Sunday morning. It was not quite one in the morning, but a group of three transfer students, one junior and two sophomores were about to give up for the night.

Upon mention of the new alcohol policy, Stephen Cassidy (COL ‘10) blurted out, “fucking alcohol policy.” The University of Oregon transfer added later, “we did not transfer here for this.”

Henle was deserted, except for a small group of people sitting on some steps—not because they especially wanted to. They answered “nope” with decided disgust when asked if there were any parties.

“Last year [this weekend] was a lot of fun,” Julie M. (NHS ‘10), who refused to giver her full last name, said. “But this year everyone is going off campus … I don’t think the freshmen are having any fun.”

One freshman, Toby Ulman (COL ’11), said that he expected people to “tear it up” this past Labor Day weekend. Instead, he said that the parties weren’t as great as he had hoped.

In a recent interview with the Voice and other campus papers, John DeGioia spoke of the difficulty in achieving a balance between the students’ and community’s needs, saying, “part of it is this challenge between recognizing the needs that young people have to express themselves and to make choices through their own freedom, and yet on the other hand recognize that we have laws to uphold and a community where we need to provide the best possible framework for safety and security.”

A former RA who wished to remain anonymous said that he thinks the policy is doomed.

“You see ten DPS officers clearing out a rooftop party, imagine one RA trying to do it,” he said. “They’re increasing the responsibilities without increasing the benefits. From my year, I think there were twelve RAs, only two of them went back.” 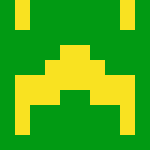