Congressman Frank Wolf (R-Va.) sent a letter last week asking Georgetown to explain a $20 million donation from a member of the Saudi royal family in 2005. Prince Alwaleed Bin Talal’s donation to the Center for Muslim-Christian Understanding has been used to fund the Center’s study of Islamic civilization, Muslim-Christian understanding, intercultural and interreligious dialogue and educational programs in these fields, according to University spokesperson Julie Green Bataille.

Wolf’s letter questioned the Center’s ability to “[maintain] the impartiality and integrity of scholarship that befits so distinguished a university as Georgetown” in light of accepting Alwaleed’s money. Wolf asked for reassurance that the CMCU has produced critical analysis of the Saudi Arabian government, including its links to terrorism and its production of controversial religious textbooks, which have been cited as propagating extreme intolerance by the U.S. State Department.

CMCU Director John Esposito said that the underlying message that pervades Wolf’s letter is one of “guilt by association.”

“You have people like Osama bin Laden, who are terrorists and barbarians, and then there are those Saudis [that] are connected to 9/11,” Esposito said. “You don’t want to say that’s true for all the citizens in the country. And I’m not sure if Wolf is actually saying that, but there seems to be that tone.”

According to Esposito, Alwaleed is a prominent global investor, philanthropist and a respected individual in the international community.

Other scholars on the Middle East, however, are skeptical about the motivation behind Alwaleed’s donation.

“I would say that the vast preponderance of gifts are from people who want to affect the academic agenda, from foreign policy to medical research,” Martin Kramer, former director of the Moshe Dayan Center for Middle Eastern and African Studies at Tel Aviv University and a fellow at Harvard and the Washington Institute for Near East Policy, said. “Alwaleed giving to Islamic-Christian understanding at Georgetown? That’s part of a larger strategy, the effect of which isn’t just to promote certain lines of research, but to shut down others.”

CMCU faculty members, including Associate Director John Voll, said that the donation has had no influence on the subject material of the studies conducted. According to Voll, Wolf’s questions about Saudi politics are not relevant to what CMCU studies.

After the Center received its 2005 donation, the Center attached Alwaleed’s name to its title.

According to Kramer, the majority of Americans view Alwaleed’s name as a warning label, and the CMCU traded in its credibility by accepting the endowment.

As of now, the Congressmen has no plans of what time frame he will give the University to respond or what he will do if he considers the University’s response unsatisfactory.

“If it starts dragging on for a month, then I think that’ll be an issue,” Wolf’s Chief of Staff Dan Scandling said. “But for now, we’re waiting for them to get their information together and present it in the way they want to present it.”

Bataille said that the University does not yet have specific plans regarding how or when to respond to Wolf.

“We will respond to those questions directly to the Congressman,” Bataille said. “I don’t know of specific plans as to whether or not a response will be written or in person. That will likely depend on a combination of schedules and the simplest way to be responsive.” 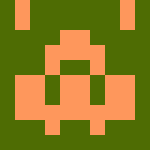