D.C. to fund another stadium?

With the new Washington Nationals’ stadium set to open next month, D.C. Mayor Adrian Fenty (D) has proposed using its surplus revenues to construct another arena for the only remaining resident of the aging Robert F. Kennedy stadium, Major League Soccer’s D.C. United.

Fenty announced on Thursday that Clark Realty Capital had been selected to design the Poplar Point area in Anacostia, where D.C. United’s future stadium would be built.

“We wanted people to think big about the development,” District spokesperson Sean Madigan said. “We wanted them to shoot for the moon, and they impressed us.”

The revenues from the Washington National’s new stadium on South Capitol and N Streets SE were originally supposed to pay off the loans taken out on Nationals Park, and Chief Financial Officer of D.C. Natwar Gandhi has advised against moving the money to pay for D.C. United’s proposed stadium. In a memo to Fenty and several other city administrators, Gandhi raised concerns that lower-than-expected attendance could reduce the planned revenues and worsen D.C.’s credit standing.

Barbara Lang, President and Chief Executive Officer of the D.C. Chamber of Commerce, said that the business community has not been informed about the new plans to divert the new National’s stadium’s potential excess revenues from paying off the loans to fund the soccer stadium.

According to Lang, the Nationals’ stadium tax will be in effect for 30 years. Former Mayor Anthony Williams (D) said that excess baseball revenues would be put towards payment of the loan in order to end the tax.

“When we agreed to the stadium tax, the business community was promised that excess stadium revenues would be used to pay off the stadium and end the tax earlier,” Lang said, adding that she has only heard of the plans through an article in the Washington Post.

Lang said that the Chamber of Commerce has not formally opposed the idea of transferring the revenues.

“Once somebody comes back and lays out the financing plan and what the economic consequences are, then we will reconsider our stance,” she said. “We just want someone to tell us if they plan to finance the soccer stadium through the excess baseball revenues.”

The Nationals will play in Nationals Park for the first time on March 29 in an exhibition game against the Baltimore Orioles. Construction on the stadium began around two years ago and has cost the Disctrict $611 million. Supporters of Nationals Park have argued that the stadium will revitalize an area of Ward 6 along the Anacostia River.

Washington Nationals Vice President of Communications Chartese Burnett said that the ballpark will be a huge destination and entertainment venue for the neighborhood.

“We’ve been holding job fairs focusing on hiring local residents,” Burnett said. “[The Nationals] are planning on playing a big role in revitalizing and engaging the community and making sure we’re tied to the neighborhood.”

Proponents of the D.C. United stadium hope that a stadium in Anacostia will have the same positive effects in the neighborhood as Burnett claims that Nationals Park will.

Once the decrepit RFK Stadium is vacant, Fenty might look to build a new stadium in its place, in hopes of luring the Washington Redskins back into the city. The Redskins originally played at RFK before moving to the brand-new FedEx Field—the largest stadium in the National Football League—in Landover, Maryland, in 1997. However, Fenty spokesperson Dana Iverson said that as of yet there have been no formal discussions between the Mayor and the Redskins. 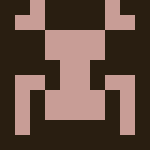