This fall, the Georgetown Law Center will expand overseas as it begins a partnership with nine other top law schools from around the world to create the Center for Transnational Legal Studies in London.

The program is intended for students in their final year of law school, and is geared towards creating cross-cultural and cross-national legal understanding.

“In the modern, globalizing world, lawyers increasingly need to be comfortable negotiating across borders,” Professor David Cole, who will be a co-academic director of the Center with his wife, Professor Nina Pillard, wrote in an e-mail.

“We often adopt a fairly insular and parochial approach to common legal problems, and I have found in the past that exposure to another country’s ways of addressing a common problem can open up new possibilities in how we think about our own problems.”

Each school will contribute faculty members and five to seven students to the London center, near the King’s College law campus, according to Scott Foster of the Georgetown Law Center. Foster will be in London as the Administrative Director of the Law Center.

He expects that there will be 60-80 students in attendance each semester, and Georgetown Law intends to send 15 students itself.

According to Cole, the ability to understand other countries’ legal systems is becoming more important as lawyers increasingly find themselves having to settle legal matters across borders.

The goal of the center is to allow students to gain new perspectives on other legal systems by exposing them to an array of students and professors from various legal backgrounds.

“I expect that there will be real challenges with such a multinational student body and faculty due to varying degrees of student preparation and very different assumptions about the law, the international order, education culture and expectations,” Pillard wrote in an e-mail.

Despite the potential for these types of challenges, students view this program as a way to gain new perspectives.

“Being taught by top legal professors from all over the world will provide a greater understanding of not only how other legal systems function, but the theory and ideology behind those systems,” Valerie Sorensen, a first year student at Georgetown Law, wrote in an e-mail.

Sorensen, who hopes to practice international corporate law after graduating, sees the program as an opportunity for Georgetown to solidify its place among the best international law schools in the country.

Though she cannot participate in the program next year because she will only be a second-year law student, Sorensen is excited about the addition of the Center. “I think the program will help develop that broader scope of knowledge for me and will hopefully give me practical insight into how my future international peers work, think and live.” 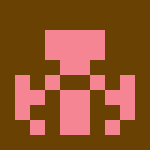