None of the 19,000 fans piled into the Verizon Center on Saturday could hold the Big East regular season championship trophy higher than seven-foot senior Roy Hibbert. At his side, fellow seniors Jonathan Wallace, Patrick Ewing Jr. and Tyler Crawford did their best, each taking his turn displaying the trophy for the Hoya faithful. These four, honored before the game during the Senior Day celebration, are part of the first ever Georgetown team to win back-to-back Big East regular season titles after the 11th-ranked Hoyas (25-4, 15-3 BE) defeated the Louisville Cardinals (24-7, 14-4 BE), 55-52.

The teams entered the game with identical conference records, but the Cardinals were arguably the scarier team, riding a 9-game conference win streak and looking more and more like last year’s late-season Hoyas. But Georgetown held serve in the Verizon Center, becoming the first Hoya team in over a decade to go undefeated at home.

The outcome was in doubt throughout the game. With five minutes left, Louisville senior center David Padgett (12 pts) hit two free-throws to tie the game at 48. But the Georgetown seniors would not be denied in their final home game. In the next possession, Hibbert (12 pts) received the entry in the lane and made a strong post move over Padgett to give the Hoyas the lead. Junior forward Terrence Williams (14 pts) answered at the other end with a three to put the Cards back on top.

With just under three minutes to play, Louisville enjoyed a one-point lead and the ball. Ewing (5 pts), who had already logged a phenomenal defensive game, saw a near-steal get away but stuck with the play and stole the ball back for the Hoyas. Georgetown explored the perimeter for most of the shot clock before Ewing found Wallace (9 pts) cutting into the lane. Wallace pulled up, pivoted and fired a fade-away jumper in the lane that found the front of the rim and dropped for the 52-51 lead.

“It’s never a surprise,” Thompson said of Wallace’s basket. “We spread it out and he cut when he should have and made a terrific shot in there amongst the trees. As always, when Jon throws it up I think it’s going in and it did.”

Sophomore forward Earl Clark (11 pts) made a free-throw at the other end to tie the game up at 52 with just over a minute left to play. Wallace initiated the ensuing half-court set at the other end. With time running down on the shot clock, he dribbled to his right and swung the ball to sophomore forward DaJuan Summers (8 pts) right in front of the Georgetown bench. Summers, who had not scored since the opening baskets of the game, fired from NBA-range and hit nothing but net to give the Hoyas the 55-52 lead.

“I came down the baseline to stretch the defense but no one came,” Summers said of the play. “I knew if [Wallace] passed the ball to me I’d have a shot so I just got my feet set and followed through.”

“We rotated poorly,” Louisville coach Rick Pitino said. “Williams came up too high, he needed to get to the corner and that’s just a mental mistake. David [Padgett] rotated out too late, but they made the shot and you have to give them credit for that.”

Louisville had two shots to tie the game in the ensuing possession, but neither Clark nor sophomore guard Edgar Sosa (0 pts) could connect.

The match-up offered the defensive struggle one might suspect from the no. 1 and no. 3-ranked defenses in the country. Louisville’s match-up zone and full-court press forced 17 Hoya turnovers, 14 from steals. But the Hoyas had the better of the defensive statistics, holding the Cardinals to 41 percent from the floor and 22 percent from behind the arc while forcing 12 turnovers.

“This was a Big East game,” Thompson said. “A lot of people here have been watching Big East ball, and I’m sitting there in the first half thinking ‘this is an old school Big East game’. It wasn’t so much that people couldn’t get the ball in the basket, it was that every attempt was tough and contested.”

The Hoyas shot an even 50 percent from the floor. Hibbert and freshman forward Austin Freeman (15 pts) were the only Georgetown players in double figures.

After the team accepted the regular season trophy from Big East Commissioner Mike Tranghese, Hibbert walked over to the Georgetown student section and began conducting a final “We are Georgetown” chant. The move was reminiscent of Thompson in last year’s Big East Tournament—after cutting down the nets at Madison Square Garden, Thompson directed the students in the same way. But the Georgetown coach could not take up his spot atop the championship ladder this time, because the Washington Wizards play at the Verizon Center tonight and need the nets. Like his seniors, however, Thompson will not be denied.

“The Wizards are playing tonight,” Thompson said. “But after their game my wife and I are coming back and cutting the nets down.” 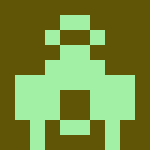