A two-alarm fire destroyed the upscale Ristorante Piccolo on 31st Street early Monday morning, causing an estimated $1 million worth of damage. The restaurant will probably reopen in January, according to restaurant officer Karen Kowkabi.

“We had to have 110 firefighters respond, and about 50 pieces of equipment,” D.C. Fire Department spokesperson Alan Etter said.

Burnin’ up: On Monday, a fire destroyed most of Ristorante Piccolo on Wisconsin. Owners hope to reopen it in January.
WILL SOMMER

Because of the fire, a section of M Street from 31st Street to Wisconsin was closed Monday morning, blocked by emergency vehicles. No firefighters were injured, and the blaze was under control by 6:30 a.m., an hour and fifteen minutes after firefighters were first dispatched to the scene.

“We had it cleaned on time and professionally,” Kowkabi said. “But grease builds up, something sits in the tube smoldering, and ignites, which heats up the galvanized steel of the tube and catches the wood surrounding it on fire.” Kowbaki added that the wood was likely over 200 years old.

The doors and windows of the restaurant have been boarded up, but Piccolo plans to reopen as soon as possible. Owners said they will meet with an architect before they submit renovation plans to the city. Kowkabi said that the kitchen, main dining room, second floor dining room, office, and roof were all destroyed in the fire.

“The firefighters had to put huge holes in all the floors, so you can look all the way through from the second floor to the basement,” Kowkabi said.

Before the fire, the upscale Italian restaurant, which was established in 1986, featured a second-floor balcony overlooking the C & O Canal, hardwood floors, three fireplaces, and a strolling violinist to lend a romantic atmosphere to the dining experience. 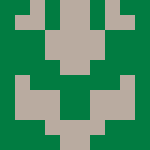