Residents living along the Dupont Circle and Wisconsin Avenue GUTS bus routes are pushing for Georgetown to include a rerouting of buses in the University’s upcoming 10-year plan. Instead of using the Hospital parking lot as the departure point, they want to see the buses go through the Canal Road exit by 2010.

“[In the case of the Dupont route], you’d get right on the Whitehurst and up to Washington Circle and then go over to Dupont Circle,” Ron Lewis, Chair of the Advisory Neighborhood Commission, said. “GW uses that route and they tell us they’re very happy with it.”

Last year, neighbors lobbied successfully through the ANC to have part of the Dupont GUTS bus line rerouted, claiming the vibrations made by the buses damaged wood frame houses.

“[GUTS routes] will definitely be a part of the conversation about the [10-year] campus plan,” University spokesperson Julie Green Bataille said. “We have to figure out what options exist.” 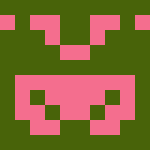