Funding Board hints at Hoya independence

Along with allocating funds for student groups for the next school year, Wednesday night’s Student Funding Board Meeting provided a strong indication that the Hoya is moving toward independence.

The Hoya did not submit a budget for the 2010 academic year to the Media Board, which is responsible for the finances of all media groups officially tied to the University, and participants at the Funding Board meeting operated under the assumption that Georgetown would not be responsible for the Hoya’s finances next year.

“We’re optimistic about ongoing negotiations with the University,” Andrew Dwulet (COL ‘10), Editor-in-Chief of the Hoya, said. “We’ve been involved in negotiations for a long time.”

Dwulet refused to comment further on the Hoya’s independence movement.

The Media Board asked the Student Funding Board for $11,375 more than they were allocated last year, since the Hoya has traditionally served as a source of revenue for Media Board.

A large proportion of GUSA’s expenditures went to funding GUTS busses, according to Wagner.  He also announced that GUSA spent $4,000 in the past year on office renovations, supplies, and a new printer.

The Advisory Board for Club Sports  announced that they will be adding fencing as a club sport next year and that club teams who travel to national tournaments will not be able to receive more than $3,000 in traveling expenses.

The Georgetown Program Board confirmed that they are planning to bring a nationally well-known music artist to Georgetown for the Spring Concert. According to Chair Matthew Brennan (COL ‘10), the Program Board is prepared to spend “up to $70,000” on the concert. The Program Board has tentative plans to organize a Fall Concert with a local artist next semester.

Representatives from Georgetown’s Outdoor Education Program requested resources for the first time to reduce the price of trips and to construct a climbing wall in Yates Field House. According to Wagner, their proposal was not accepted because the club does not operate directly under the authority of the Funding Board.

Wagner said he was happy with the meeting because all funding requests were met, the Funding Board ended up with a surplus, and there was accountability and substantial oversight
“The meeting was an absolute success,” Wagner said. 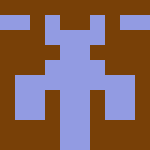