The Hoyas defeated James Madison Wednesday afternoon in a 4-0 rout. The Dukes entered the game 2-0-1 in their last three meetings with the Hoyas.

The Dukes dominated possession in the first half, but the Hoyas were able to score in the 34th minute. Ingrid Wells sent a through ball to Camille Trujillo in the box before a James Madison defender tackled her, which resulted in a penalty kick. Wells took the penalty and chipped it past the diving goalie for the lead.

The Hoyas scored again with just over half a minute left in the first half. Wells passed to Kelly D’Ambrisi, who knocked the ball into the back right of the net.

“After the first goal, and especially the second one, we could start relaxing and knew that they would come out pressuring, so we felt we needed to get the third goal to shut it down,” Wells said.

Fifteen minutes into the second half Norah Swanson sent the ball into a crowded box, and it deflected off Catherine Cabot into the goal. Cabot was essential again in the 79th minute when she floated a ball in front of the goal which Samantha Baker sent low into the net.

The Hoyas’ defense shut down James Madison’s attack to preserve the team’s fourth shutout of the year.

The Hoyas face Santa Clara on Sunday. “We go into that game 4-0, playing one of the perennial soccer powerhouses at home, and it will be big if we can beat them here,” coach David Nolan said after the game 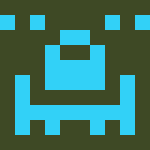