Georgetown has installed twenty environmentally-friendly BigBelly solar trash compactors on campus as a part of an ongoing sustainability campaign.

The BigBelly Solar Compactors may look futuristic and high tech, but the idea behind them is simple. As the trash in the container increases, the compactor within the container automatically turns on. Drawing on power from an attached solar panel, trash within the container is compacted to 20 percent of its normal size, Director of Media Relations at Georgetown University Andy Pino said.

By using the space within the container more efficiently, fewer trash collections are needed.  This saves fuel and energy costs associated with the extra trips for collection.  Recycling bins have also been attached to the BigBelly containers on campus.

“Please don’t call them trash cans,” Frank said.  “They are a lot more than trash cans. They are solar compactors collecting not only trash, but also recyclables.”

“You have [an] image built in your mind of what the different options are, rather than having a random bin as your go-to source,” Cohn said.

During this academic year, Eco-Action will be focusing on better waste management habits, focusing on the line, “reduce, reuse, recycle.” Cohn said the next step is changing habits for the overall reduction of waste in addition to increasing recycling practices.

While these containers are not a new product, they are relatively new to the Washington, D.C. area.

According to Frank, so far Georgetown has more containers than any other institution in the region.
Frank added that Georgetown’s carbon footprint has decreased by 16 percent over the past three years, with a goal of reducing its carbon footprint by 50 percent before 2020. 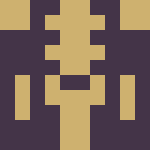 Wow are you behind the times. These went in about 2 weeks ago.