On October 27, Andrew Malzberg (COL ’11) was on the fourth floor of Lauinger Library around 1 a.m., where he saw Department of Public Safety officers confiscating unattended laptops

“A lot of people leave laptops on the table because they go to the bathroom or Midnight Mug, and the officers started picking them up,” Malzbergsaid. “[The officer] wasn’t giving an explanation. He just kept on saying if you leave it out, I can take it.”

Georgetown’s DPS is reinforcing its efforts to regularly confiscate unattended laptops, cell phones, and other valuables in both the Leavey Center and Lauinger.

According to an email from DPS Associate Director Joseph Smith, this has been a long-standing policy.

“DPS routinely secures bicycles, laptops, and other items for safekeeping when they are found unattended. This is not a new policy; DPS has done this for years,” Smith wrote in an e-mail.
Smith explained that any property is fully documented and then locked up in a secure location. DPS also makes good faith attempts to locate the owner of the property.

In a November 4 press release regarding the new policy, the Georgetown University Student Association Executive voiced its’ concerns, which stem from students not being notified where their items are relocated. GUSA also criticized DPS for not publicizing the policy on signs across campus or on its website.

“I don’t think anyone has ever heard of something like this being done. Whether or not it’s a new initiative, it’s being implemented in an extreme way now,” GUSA Communications Director Isabella Proia (COL ‘12) said.

Because of the high number of questions and concerns surrounding the safety initiative, GUSA Director of Student Safety Max Cascante (SFS ‘11) recently met with the Student Safety Advisory Board to discuss refining the entire process.

“It is not a new policy but I believe it hasn’t been enforced regularly,” Cascante said. “We’ll be working with them to create something that’s helpful both in terms of security for the items left unattended and convenience [in retrieving them].” 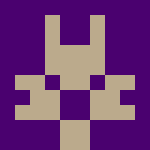