On the Record with Councilmember David Catania

Courtesy of the Office of Councilmember Catania

Courtesy of the Office of Councilmember Catania

D.C. Councilmember and Georgetown alum David Catania (I-At Large; SFS ‘90, LAW ‘94) talked to the Voice on Wednesday about his run for re-election, his recent work on same-sex marriage and medical marijuana legalization, and his time at Georgetown. Interview conducted and transcribed by Claire Wheeler.

Voice: You recently introduced legislation authorizing same-sex marriage in the District, which ultimately passed the City Council in January. However, Congress has 30 legislative days to review the bill. Do you think there is any possibility that Congress will intervene in the matter?

Catania: We have assurances from the respective committee chairs from the committees that would have jurisdiction over the matter, that any effort to undermine or frustrate or reverse the Council’s actions will not come before these committees … For the foreseeable future, I feel … that we have a very good chance in sustaining marriage equality in the District.

Do you think that Marion Barry should resign over corruption charges recently made against him by the U.S. Attorney’s office, including allegations that he gave an ex-girlfriend a $15,000 government contract, sexually harassed a non-profit project manager, and used government money to hire his Narcotics Anonymous sponsor?

Why do you think that it is important for the medical marijuana bill to be passed in D.C.?

I think that there is ample evidence to support the position that the appropriate use of marijuana for medical purposes reduces pain and suffering and stimulates appetite. So there are, in my mind, very convincing reasons to have marijuana available for individuals who are ill upon the recommendation of their doctor. What I also think is important is that we organize this in a way so that it is a closed system and is highly regulated and highly controlled. Meaning that in other jurisdictions that have permitted medical marijuana, there have been many efforts to expand its use beyond what was originally intended … So I think the more we professionalize the medical use of marijuana, going forward the more likely we will be to continue the use of medical marijuana.

How do you think that your time at Georgetown University changed you?

I had a fantastic experience at Georgetown.  I was really lucky to not only have exceptional professors, but also to meet extraordinary people as peer students … While I was at Georgetown, I was the administrative assistant to Dr. Madeleine Albright, and I got to see quite a lot as a virtue of that position, and it was of course a very exciting time, 1989-90. It was of course a very exciting time to be working for her. It was the time of the Velvet Revolution, and the fall of the Iron Curtain. And of course her role, and her participation, and her interest in that period allowed for me to see things that never in my wildest dreams would I have imagined, so I just think across the board, you know, my experience at Georgetown prepared me … Everyday I am grateful for my Jesuit education … You come to realize, as you get older, that not every education is seeped in a Jesuit perspective or a sense of social justice. Many people are simply educated in subject matters, not a way of living. 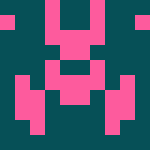