Members of the Georgetown University Student Association Finance and Appropriations Committee sat down on Tuesday night to draft a budget for the allocation of $315,000 from the Student Activities Fee paid by undergraduates.  While the process that led these seven students to amass such power was controversial, they now have a unique opportunity to reform the Student Activities Commission, a highly bureaucratic and unresponsive organization.

After a spirited discussion, the committee decided to allocate $12,500 out of the $37,000 SAC requested with the possibility of adding another $12,500 if SAC complies with the “six point” reforms GUSA passed last semester to promote transparency and accountability for advisory boards. Although some senators advocated denying SAC any Student Activities Fee money, this moderate but firm course, with room for an increase, sends the correct message and provides incentives for the organization to reform.

SAC must embrace GUSA’s six point reforms, which will make the club funding process less arduous and more accountable. At the same time, GUSA should not allow its zealousness about SAC reform to interfere with club funding. This year, SAC will be able to make up the difference between the amount it requested and the amount allocated by the Finance and Appropriation Committee’s draft budget by drawing from its bloated reserves. Hopefully this forceful financial reprove will prompt SAC to reform; if not, GUSA will have to reconsider its policy of budgetary coercion to make sure student organizations don’t suffer.

Besides handling the SAC situation wisely, the draft budget rightly meets most of the requests from non-SAC advisory boards, providing some reassurance to the other advisory boards that their needs will be met for the upcoming year.

Thus far, members of the Finance and Appropriations Committee have charted a prudent course in their first year solely allocating the Student Activities Fee. One can only hope that they will use the same discretion when drafting the final budget later this month. The success of these newly enacted reforms will be tested in the coming weeks, through legislators efforts to reform SAC without punishing the clubs that depend on funding. 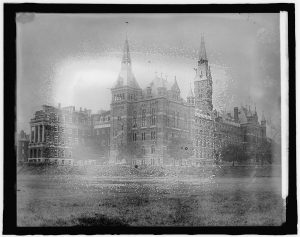 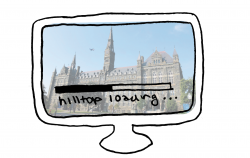