She sat quietly in the winter night, watching as the air turned her breath into a soft, white mist, curling slowly away from her person.  She had what they all wanted, that is, a soldier of her own, and not just a soldier, but an officer.  Marietta wanted so badly to be happy, to want the General the way he wanted her, but try as she might, it just wasn’t in her to love him properly.
Bunching the floral-printed fabric of her newest dress in her fists, the girl obstinately shook her head, visibly disagreeing with her own thoughts.  It wasn’t right that she feel this pressured into trying to love a man.  Why couldn’t her moon-eyed sisters just let the matter be?  Just because she had a soldier in her own personal camp, so to speak, did not mean she had to accept his suit.  No, Marietta wasn’t that kind of girl.  Obligation and a fancy title weren’t enough, would never be enough…there just had to be love there and she wouldn’t accept any other way.
Marietta was shocked at how long she had let the matter drag on, pushed ever further by those two impetuous twins, Josephine and Grace.  She had toyed with the poor man for so long, switching up her sentiment almost daily, she was practically running the General ragged.  It’s a curious thing, she thought, how when people are constantly pouring possibilities into your mind, you start forgetting the present, the reality of the situation.
The girl had been ready to accept tonight, ready to buy into the illusion her sisters had been painting for a month or more.  But, it would seem her soldier had finally lost heart, unable to deal with her never-ending mood swings. The man was sick at heart, unable to accept the paltry amount of love she was willing to ration out to him for the rest of their ill-fated lives.  When he turned to her with that look of pained defeat on his face, with his gleaming eyes and windswept locks, Marietta felt her heart breaking for him.  He had finally realized the superficial nature of her regard for him, or had heard the hollowness of her words.
In that moment she knew he would never be able to forgive her and that she would never be able to forget his anguish.  Marietta attempted to issue forth some half-formed apology, but the General looked into her eyes and put a finger to her lips.  A military man through and through, his turn was as precise as ever.There was a pride in his heartache, and the only thing she heard as he walked softly away was the clink of his medals against the gold buttons on his dress uniform, an almost silent reminder of just what she was giving up.
It was unfair and painful for both of them, but it had to end that way.  At present, Marietta was sitting on the front porch hating not just herself but Josephine and Grace as well, not to mention her parents who had rabidly pushed this match down her throat.  To be the wife of a general, even a Yank-born general, was a prospect most young belles would kill for these days.  In fact, the girls in town had been rather cold to her as of late, ever since the General had escorted her to the McAllister girl’s debut.  Well, she thought, they can have him.  This Southern belle certainly won’t be taking up any of his time any more.
Marietta knew she wouldn’t feel right for a long time, that it would pain her every time she had to remember the sadness in his ice-blue eyes, before he walked out of her life forever.  What’s more, the girl knew she’d have no respite from the hurt for weeks, perhaps months.  God only knows how her parents would react in the morning.  Their outrage would know no bounds.  A small part of her didn’t care; it wasn’t their life that would have been spent in malcontented despair, spent constantly punishing oneself for pulling the wool over the eyes of a great man.  She just hoped that she would never have to look him in the eyes ever again, never have to fake a polite conversation in the street, because that would be torture.
That was the one prayer she sent up to God that night, as she lay feeling empty in her bed, that she never had to see the wretched results of her crass dealings with General Ashcombe. 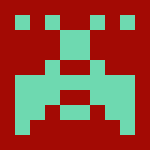