Elemental Fluorine is the most chemically reactive and electronegative of all the elements. It has an atomic number of 9, preceded by Oxygen and followed by Neon. Elemental Fluorine, F2, is mainly used for the production of two compounds of interest, uranium hexafluoride (used in uranium enrichment) and sulfur hexafluoride (used as a gaseous dielectric medium in the electrical industry, an inert gas for the casting of magnesium, and an inert filling for windows).

Teacher: Fluorine … Fluorine, Fluorine, Fluorine. Fluorine is my favorite element. Fluorine (he says it like FLOW-reen) is a slut, a whore, a skank. She is the Jezebel of the elements. You can see her on the periodic table, flashing her big old F for all the elements to gawk at. What are you looking at me like that for? Fluorine is sexy, oh boy is she sexy. Oh, I’ve wanted Fluorine for a long time. I can’t have Fluorine, though, because she is a poisonous gas when she is in her elemental form of F2. She sure looks pretty on that chart, but she is a black widow, well I should say a pale, yellowish brown widow. Fluorine is the sexiest of the elements. All the other elements want her! They see her and they say ‘Hey Fluorine, you looking fine tonight. Why don’t we do some bonding?’ That’s right, Fluorine is the easiest element to bond with. She has seven electrons on that outer shell and she is just dying to get the first guy element’s electron all over her outer shell. Let me ask you, who is the sexiest element?

Class: Fluorine …
Teacher: That’s right. Makes me need a change of pants just looking at her. Ope, I’ve been warned about saying those kinds of things. Let me ask you this, what’d you do this morning Marshall?
Marshall: I brushed my teeth, said my prayers, and went over my flashcards.
Teacher: That’s right, that’s good. I don’t care if we already had the test, you still gotta be doing three things when you get up every morning: brush your teeth, say your prayers, and read over your flashcards. And spend extra time on any flashcard with Fluorine, sweet, sweet, tempting Fluorine. Makes me miss my Suzy just thinking about Fluorine. She’ll come back.
Fluoride therapy is commonly practiced and generally agreed upon as being useful by dentists. Fluoride combats the formation of tooth decay primarily in three ways:
1. Fluoride promotes the remineralization of teeth by enhancing the tooth remineralization process.
2. Fluoride can make a tooth more resistant to the formation of tooth decay.
3. Fluoride can inhibit oral bacteria’s ability to create acids.

Oh look at that. Yeah, I see that. Hmm. So how you doing, Lionel? How’s your dad? What are you, a junior? Almost there. Hmm, your gums are looking awfully puffy and we’ve got decay in multiple regions. Have you been brushing and flossing? Oh you have? Well that’s strange since all of the evidence on your teeth tells me otherwise. How much soda do you drink? Two, three cans a day? Cut it out, cut it all out. How much soda are you going to drink? No, look me in the eye and tell me you will cut soda. Great. Now back to brushing and flossing. Have you been brushing? How many times a day? Yeah, yeah, sure. Flossing—once a day, right? Yeah, well when you’ve heard that story as many times as I have, it starts getting old. Now, Kellie just flossed your teeth? Did it hurt? I hope it hurt. I hope you tasted the blood filling up your gums and you were too afraid to swallow with her hand still in your mouth. You just kind of existed somewhere between breathing and drowning. That’s the punishment. I can sit here and tell you all day about how you’re going to get cancer if you don’t floss, but your gums find a lot of great ways to punish you. Look me in the eyes. It’s just you and me, Lionel. Brush twice a day, floss at least once a day, but you’ll get off my shit list sooner if you floss in the morning AND at night. Now, I’m going to look at your X-rays while you watch this video on proper brushing and flossing. If you didn’t want to be treated like a child, you would have been flossing a long time ago. You’re lucky we started fluoridating the water or you’d be just gums by now …
All right, Lionel, I took a good look at your X-rays. You remember last time you were here, I told you to see my friend Dr. Herman? You’ve got an overbite the size of Kentucky and you’ve got crowding on the lower jaw. Did you see Dr. Herman? Yeah, I didn’t think so. Like it or not Lionel, you will be in braces if I have my way. It may not look serious now, but you are going to have some major troubles flossing in the future if we don’t fix that now. Not that you’d know anything about flossing, but we’ve already gone over that. Now, I’m going to give you this referral again. For your own good, see him. You need Dr. Herman, how will you ever be happy with these crowded chompers? They’ve got flexible payment options if that’s what you’re worried about. By the way, make sure to let your parents know that they can’t make anymore appointments here until they pay their account in full. All right, time for fluoride. What flavor do you want? I’ve got cherry, black licorice, root beer float, grape, and—my personal favorite—banana split. Remember, no eating or drinking for an hour. I’ve got one of these little goody bags for you: a toothbrush, some fluoridated toothpaste, some brochures on braces, and—most importantly of all—your floss. I don’t want to see any bleeding gums next time you’re here. And remember, every time you want a soda, just drink a cold glass of tap water. It’s healthy for your body and your teeth.

Fluoridation does not affect the appearance, taste, or smell of drinking water. It is normally accomplished by adding one of three compounds to the water: sodium fluoride, fluorosilicic acid, or sodium fluorosilicate.

I told them … I really did.
Look up the Pendaloosa Post dated 30 February 2004.
Here are my words:
“I don’t know how it got past us.
Maybe it was the Commie rage.
They didn’t believe them.
Please believe me.
I’m rational … I love science.
I love reason.
But Fluorine will never love me … ”
It goes on like that for a while.
I didn’t know about persuasive writing back then.
But you can’t say I didn’t see this.
I was passionate, too passionate.
It looked like I lost my reason but I didn’t.
And now people are dying because I was laughed at in the Pendaloosa Post.
Here’s some more:
“We all thought strong teeth were good enough.
No cavities, give it to the children.
I’ve been bottling my own spring water since 1996.
My electricity got shut off two, three days ago.
I don’t blame anybody, I didn’t pay my bill.
I heard them say that strong teeth were better than pure water.
Think of the children.
Think of the children.
That was a distraction, the health costs are minimal.
Look at me, I’m rational.
Some streaks, your teeth are fine.
Nobody’s ever died from Fluoride overdose.
Ever tried swallowing toothpaste?
Nothing happens.
No, the Fluoride is just a symbol.
They can do whatever they want to your water.”
I used to buy bottled water, then I found out it’s just bottled tap water.
Here’s today’s Pendaloosa Post, I wrote another letter but I’ll save that for later.
It says “Five more dead from mysterious poisoning.”
I told them.
Pendaloosa Post dated 30 February 2004.
They threw me in with the autistic vaccines.
But then we always treat our most important people in the worst ways possible.
If we treated them well, they wouldn’t be important.
You think anyone will remember the well off?
Not on your life.
They still have my address on file.
It doesn’t matter, if they need me they’ll come for me.
Oh, and they’ll need me.
Or at least want me.
Pendaloosa Post dated today of all days …
“You are wrapped in panic avoiding ingesting all things.
Boiling your water.
Buying the plastic stuff.
Kneeling by your child’s hospital bed and wiping tears with her gown.
You wish she had a wound you could suck.
You wish you could wander all eternity for her life.
You wish you had moved from Pendaloosa when you could.
You wish you had stopped drinking water like they do in Mexico.
I told you … I told you all this would happen.
Pendaloosa Post dated 30 February 2004.
The Fluoride … it was a symbol.
And now we shall fall under plague.
We shall roll in our vomit.
We shall let our cavities come.
I did it.
You trusted too much.
Now drink from the toilet.”
The Pendaloosa Post opinion page.
Where dreams come true.

The Fluorine in your system will last long after you die. Let it absolve you, let it wash away your tartar, let it have your electrons, let it save you from your own damn mouth. 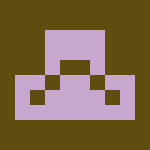 The 6 People You Always See at Yates

By Dylan Cutler and Will Banse 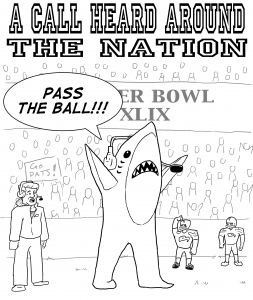 A Call Heard Around the Nation

what the hell, i love it