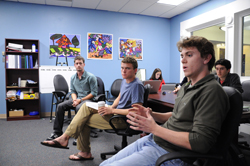 On Sunday, the Georgetown University Student Association announced plans to create an Endowment Commission that will propose how to spend the $3.4 million left over from the Student Activities Fund Endowment.

The Commission, which will be staffed by 15 undergraduate students, must submit no more than five super-majority-approved proposals  to GUSA’s Finance and Appropriations Committee no later than Apr. 25. If approved by that committee and the GUSA Senate, the proposals will be presented in a campus-wide referendum.

The students on the Commission will include GUSA’s FinApp Chair, as well as 14 other undergraduates from the GUSA Executive, the GUSA Senate, the Corp, the Georgetown University Alumni and Student Federal Credit Union, the Georgetown Program Board, the Center for Multicultural Equity and Access, and the advisory boards of Club Sports, the Center for Social Justice, the Student Activities Commission, the Media Board, and Performing Arts Advisory Council.

“I believe the members of this Commission, while they do represent different campus organizations, will be sitting on the Commission as students first,” FinApp Chair Greg Laverriere (COL ’12) wrote in an email. “All these groups were included on the commission because they have different backgrounds and experiences from across Georgetown, but collectively they can represent the general student body effectively.”

The Endowment Commission is the latest step in GUSA’s yea-long Student Activities Fee Endowment reform, which passed a student referendum last December. The $3.4 million endowment, which is held in multiple accounts, was created in 2000 with hopes that it would eventually replace the Student Activities Fee. However, poor economic conditions and a lack of pledged University support doomed the plan.

As of Thursday, only the Media Board has selected its representative, Rich Rinaldi (MSB ’12). Rinaldi declined to comment because he just recently learned of the commission. Other groups, such as the PAAC and SAC, plan to select their representatives soon.

“We did not approach all the groups beforehand, but are now extending invitations now that the plans for the commission have been finalized,” Colton Malkerson (COL ’13), FinApp committee vice chair, wrote in an email. “Any group can decline to appoint a representative and we will fill the slot with another student.”

Malkerson added that he hopes to have all the commission positions filled “within a week or two at the latest.” If a group declines to appoint a representative, the FinApp Committee will appoint someone from the general student body to fill the position.

After the commission is filled, members will select a chair, who cannot be currently associated with GUSA. The commission meetings will remain open to the public.

“Students will absolutely have the ability to come before the commission to present their ideas,” Malkerson wrote. “In fact, we hope students, administrators, and alumni present ideas. If you have a good idea on how to spend the money, it should be heard.” 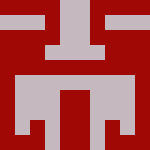 I guess I’m just concerned with the politics inherent to this issue. Why can’t groups promoting controversial issues, like Hoyas For Abortion, get any kind of funding? This is an administrational and institutional failure on the part of the administration, but the students are also to blame for having poor ideas. Perhaps we should be raising our admissions standards to keep out the “undesirable” students and ideas.

I thought the fund was $1.9 million? How did it grow so much in one semester?

The $1.9 mil figure was outdated and didn’t seem to consider the endowment’s several accounts — the actual shares, an account for interest earned, and an account that holds money collected from the previous semester. Combined, those accounts add up to just more than $3.4 mil.