Cheh, who was attending a meeting with the Foxhall Community Citizens’ Association, explained that the legislation will seek to change the definition of a charitable institution, adding that it is not meant to punish Georgetown and other D.C. universities, but to force the schools to compensate the city for lost revenue in lieu of taxation.

A central point of contention during the same FCCA meeting was Georgetown’s 2010 Campus Plan—specifically, a proposed one-way “loop road” along the western edge of campus near Glover Archibald Park, which is managed by the National Park Service.

According to the University, the road would facilitate rerouting GUTS buses away from neighborhood streets and would allow transportation between the north and south ends of campus. Currently, access between both ends of campus is restricted by gates that, according to the 2010 Campus Plan, were “required as a condition of building the Leavey Center in the mid-1980s at the request of the community.”

Foxhall residents, however, argued that the University’s claims were unfounded and that the proposed loop road would cause undue adverse consequences to the neighborhood by reducing property values, increasing traffic and noise, and infringing upon the scenic and environmental value of a national park.

Cheh, whose district encompasses Foxhall but does not include the Burleith or West Georgetown neighborhoods, agreed, saying that she found the road unnecessary and “perplexing.”

After noting that she had been invited to a discussion and tour of the area with University officials, Cheh proposed two alternate locations, near the Lombardi Cancer Center and the Georgetown University Hospital helipad, which she believed would be more suitable for a shuttle bus turnaround location.

Cheh also agreed to support the FCCA, the Burleith Citizens’ Association and the Citizens of Georgetown campaign to oppose the Campus Plan, while arguing for caps on undergraduate enrollment and more information about the proposed increase in graduate student enrollment.

Cheh, who voted last November to grant $90 million in tax-exempt bonds to renovate on-campus facilities and complete the University’s new science center, was also criticized during the meeting by residents upset about that D.C. Council decision.

Stephen Brown, a Burleith resident, asked Cheh why Georgetown was granted bonds in addition to its status as a tax-exempt institution. Brown and other residents tried to persuade Cheh to use the bond issue as leverage. If the University did not change key aspects of the plan, they suggested, the D.C. Council should deny it the lower interest rates associated with municipal borrowing. However, Cheh did not support the residents’ proposal.

The FCCA will coordinate its opposition to key parts of the Campus Plan in conjunction with other neighborhood groups when the Zoning Commission’s hearings begin on Apr. 14. 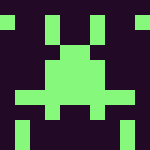