Of the three Student Activities and Fee Endowment proposals passed last week, Georgetown Energy received the greatest support from the student body. With 2,269 “yes” votes, its resounding success serves to highlight a campus-wide increase in student-led sustainability projects. In efforts to make Georgetown a more environmentally friendly campus, many student groups are devoting resources to a range of projects, from composting to the recently passed solar panel proposal.

The most publicized green initiative is an effort to introduce solar panels on University townhouse roofs. Georgetown Energy, a student group dedicated to facilitating renewable forms of energy, developed the plan for this project recently passed in the referendum. During this coming summer, solar panels will be installed on top of several University-owned townhouses. Additionally, the group is working on other projects, such as solar thermal heating, which involves using the sun’s rays to create steam, which in turn can be used to heat water. According to Peter Nulsen (COL ’12), co-founder and president of Georgetown Energy, the projects “will allow students to experience using clean energy sources to power university functions.”

While long-term, larger-scale projects like the solar panels and solar thermal heating remain vital to student interests, other groups are undertaking smaller scale sustainability measures as well. The Magis Row living and learning community meditation houses, for example, are implementing a range of small-scale projects.

“We are currently working on making the townhouses more energy efficient, starting with Magis Row,” Colin Davis (COL ’13), a Magis Row resident, said. “We are trying to start off with the real easy things like replacing light bulbs and [adding] low flow showerheads.”

Although the project is currently confined to the Magis Row townhouses, residents hope to demonstrate to the larger Georgetown community the cost-effectiveness and long-term viability of these projects. “If we’re able to show that we can save energy and money… we’d like to have the project expand into other townhouses,” Madeline Collins (COL ’13), a Magis Row resident and Multimedia and Marketing Chair of Eco-Action, said.

A separate University-wide project to encourage composting originated early last semester in Magis Row. Currently, there are two large compost bins set up in the backyard of one of the townhouses. Any student can pick up a small composting bucket, collect their food waste in it, and empty the bucket into one of these bins once it is full. The expanding program currently has 20 participating households. “Composting affects students by starting a system where it’s super easy to do,” Davis said. “It allows [students] to be more conscious of their effect on the environment.”

GUSA financed the composting project by paying for the individual buckets. GUSA Sustainability Secretary Jessica Robbins (SFS ’12) claims that, compared to other universities, Georgetown is lagging in effective environmental projects, and would like to use GUSA’s funding and power to change this discrepancy. “Speaking honestly, Georgetown is pretty far behind in terms of sustainability,” she said. “It’s our jobs as student government to allow students to live sustainability.”

Georgetown’s Center for the Environment, another sustainability-oriented campus group, hosts speakers and holds events on important environmental issues. In a partnership with GUSA, the CFE also helped sponsor Visions for a Sustainable Georgetown, a forum created for students to voice their ideas and concerns about sustainability on campus. Robbins is currently composing a report alongside Eco-Action President Claire Austen (SFS ’12) on the ideas and opinions discussed at the forum, which they will publicly release in March.

Students spearheading these sustainability projects often point to the global implications of neglecting the environment. “With global climate change and population explosion and all of these factors, it is more important than ever that we be energy-efficient, because the world’s under stress right now,” Collins said. “We’re all going to have to compost, live in weatherized houses eventually. We’re all going to have to stop using bottled water and plastic bags. We’re going to have to make these changes if we want to continue to live on this planet.” 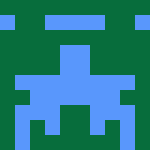