On Wednesday, after an outpouring of student complaints and online protests, the Office of Student Housing addressed concerns that buildings on East Campus would not have working air conditioning until early May. In an email, the Housing Office said it will station a temporary chiller and generator to provide interim air conditioning for LXR, Nevils, and Walsh during the installation of a permanent chiller and cooling tower.

The short-term fix is projected to be up and running by the middle of the week.

The day before, Office of Student Housing informed the residents that due to chiller failures on East Campus, residents would not have air conditioning before early May. The email said that the University “recognize[s] this can be uncomfortable for periods of time.”

The email triggered united outrage from residents, prompting an online petition and a proposal titled, “It’s getting hot in here!” the same afternoon.

The online petition, written by David Schaffer (COL’14) on behalf of East Campus residents, objects to high housing fees and declares, “Accommodation is not just a request, but rather an obligation.”

The petition says East Campus residents have been patient throughout the upheaval, despite being subjected to faulty air conditioning since October and many other hitches in the area’s infrastructure, including defective elevators.

“[The email] was not really accurate—it’s not even livable, and it’s not something that should be negotiated,” Schaffer said.

Michael Crouch (MSB’13) expressed similar concerns through IdeaScale, a new online platform for student propositions that made its debut in late February. “When we signed our housing agreement, it was with the thought that we would have air conditioning for the whole year,” he wrote.

The online movement was inundated with signatures expressing student support. By Wednesday, Schaffer’s petition had gathered over 362 signatures, and Crouch’s idea collected 85 votes, making it the most popular idea on the forum. Students also demonstrated prospective compensations alongside their signatures, including room changes, un-bolting windows, and fan supply to each and every room.

Each spring, the University looks at weather forecasts to determine the appropriate time to convert from heating to cooling. The process occurs again in the fall, when air conditioning is transitioned back to heating.

“Turning on air conditioning is not as simple as flipping a switch,” Stacy Kerr, associate vice president for communications, wrote in an email in response to student objections targeting the timeliness of the operation.

“All campus buildings do not have the same heating and cooling systems…Converting buildings on campus from heating to air conditioning is a process that takes a few weeks and requires optimal day and evening temperatures.”

Nevertheless, the administration was quick off the mark. According to the email sent out by Executive Director to Student Housing Patrick Killilee on Wednesday evening, the heat has been turned off in all residence halls, and a trailer-mounted chiller and generator will be deployed in the courtyard to function as temporary cooling.

Such promptness from the University brought about a breeze of relief. “I’m optimistic about the solution,” Schaffer said.

“It sounds like their temporary solution will do a lot to alleviate the problem,” Vail Kohnert-Yount (SFS’13), a Nevils resident and GUSA Vice-President, wrote in an email.

Kohnert-Yount was active in spreading the word about the petition through various social networking platforms. “The issue was semi-resolved by the petition,” she wrote.

“The petition, media response and other groups bringing it into their attention really prompted [the University] their response to the situation,” Schaffer said.

Though residents are relieved, doubt nonetheless remains. “I’m concerned that [the University] they might take a little longer than planned,” Schaffer said. 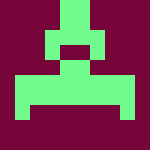