By Alexandra Ma and Rebecca Anthony

Over the past few years, Georgetown’s waste disposal programs have made considerable strides to minimize student waste and maximize recycling.

“In the past year, the University recycled over half of its solid waste, one of the highest recycling rates of any college campus on the East Coast, ” Audrey Stewart, Director of the Office of Campus Sustainability, wrote in an email to the Voice. In 2012, Georgetown recycled 52.5 percent of campus waste, a 3.5 percent increase since 2011, according to RecycleMania, a recycling competition between American and Canadian universities. Georgetown has participated in the North American challenge for the last four years.

Georgetown’s recycling program has not always been this robust. In 2008, out of the six categories Georgetown competed in, it only placed in the top 50th percentile of RecycleMania’s “Waste Minimization” category. As of 2012, Georgetown has placed in the top 50th percentile in five of the eight categories it has competed in, and placed 23rd in the Grand Champion competition out of 265 schools.

The most significant improvements in the recycling program have occurred since Waste and Recycling Manager, Bill Del Vecchio, arrived five years ago. When Del Vecchio arrived, the recycling staff—separate from the Office of Sustainability—consisted of seven people and the program was making less than $20,000 in revenue by selling recyclable materials to companies that repurpose them. Today, the staff has sixteen people, and the program has increased its revenue to $170,000.

But, even in light of this growth, a number of students remain skeptical. “I was just concerned that Georgetown doesn’t recycle at all,” wrote Cannon Warren (SFS ‘14) in an email to the Voice (full disclosure: Cannon Warren is the Voice projects editor). “This summer I was in Village B, and I brought all my neatly separated trash/aluminum/paper/cardboard out to the trash area … The sanitation workers told me to just throw everything into the back of the truck, so I don’t see any way how my waste remained separated.”

Del Vecchio flatly rejected Warren’s concerns. “I have sixteen people working for me and I can guarantee you that not one of them would say throw your recyclables and your trash together,” said Del Vecchio. “They’ve been drilled to understand what they’re supposed to do.”

Del Vecchio also said student concerns may stem from employees not in the recycling program. “Now custodians on the other hand, there’s a perception out there that custodians go around and they throw all the recyclables with the trash and it goes down and it goes in the trash,” he said. “No, it doesn’t. They separate the recyclables out when they get down [to the trash room].”

Georgetown follows a recycling policy known as source separation, meaning that recyclable material is separated first, and then sent to a recycling facility. This method allows the University to calculate the exact tonnage of recycled materials that have been sent out on a daily basis.

After the recycling process, the Georgetown Recycling Center sends the remaining non-recyclable solid waste to Covanta Energy in Alexandria, Va. Covanta is a waste-to-energy company, meaning they incinerate waste from a variety of sources and use the heat to generate electricity.

Covanta is the largest WTE company in the country, and its environmental performance has varied from state to state. In May 2010, the Connecticut Department of Energy and Environmental Protection discovered the Covanta facility in Wallingford, Conn. to have emitted “dioxin/furan… in the exhaust stream more than 250 percent higher than the allowable permit and regulatory level,” according to a statement by the Attorney General of the State of Connecticut in 2011.

The violation resulted in a $400,000 fine to Covanta, and the shutting down of one of three waste-to-energy generation units at the facility.

However, Covanta’s facility in Alexandria appears to be cleaner than its other locations. Located at 5103 Eisenhower Avenue, Covanta Alexandria processes over 330,000 tons of municipal solid waste to produce approximately 185,000 megawatt hours of renewable energy annually, or enough to power over 25,000 homes. According to a report published by the U.S. Environmental Protection Agency, between 2009 and 2012, there have been no violations of any environmental regulations. The City of Alexandria website says Covanta has “one of the most advanced emission control systems in the country.”

Additionally, Covanta Alexandria received the Gold Industrial Waste and Pretreatment Environmental Excellence Award last year from the Virginia Water Environmental Association. It was also named the Large WTE Facility of the Year in 2011 by the American Society of Mechanical Engineers.

But even with the Hilltop’s non-recycled waste going to a largely environmentally responsible facility, Del Vecchio and Stewart emphasize that recycling is still the most sustainable option. In their eyes, students can still do more to ensure the maximum amount of waste is recycled.

“One of the common challenges of recycling is how to avoid contamination,” Stewart said. “Throwing out non-recyclable material, such as food waste, in any of the recycling receptacles taints the recyclables. This leads to the outside recycling facility automatically rejecting the compactor load.”

“The issue is educating everybody,” he said. “If you don’t want to recycle, fine, just don’t contaminate the recycling.” 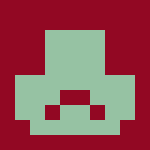 If you would like to have a nice recycling/trash solution for your dorm, bathroom, or office, please check out the Solecan. If you think it is a good idea, please let retailers know so we can bring it to you by liking us on facebook at http://www.facebook.com/theSolecan Thanks and happy recycling!

It is important to be informed of your area’s concerns regarding industrial waste disposal grand rapids.

Recycling is the best process to use the wastage material in reused form.There are many recycling centres in the each state. Main thing is that you can use it properly.When people reused their waste material wit this your city or area should be clear and environment is also clear.
Recycling Centres in Michigan

Recycling is the best process to use the wastage material in reused form.There are many recycling centres in the each state. Main thing is that you can use it properly.When people reused their waste material wit this your city or area should be clear and environment is also clear.
Recycling Centres in Michigan