Angels of the desert illuminate humanity of immigrants

Walking solemnly into the courtroom on a warm Arizona day, I’m immediately confronted with the smell of sweat and the sight of 40 migrants seated in the rows to my left. Their clothes drape loosely off their shoulders and they all wear translation headsets, their only recourse to understand what’s going on. They’re currently being tried for the crime of illegal entry into the U.S. under Operation Streamline.

As a result of a 2005 Department of Homeland Security policy, those who enter the country unauthorized face criminal prosecution and prison sentences. In states like Arizona, this takes the form of expedited mass trials. In groups of five, the migrants trek up to a row of microphones followed by the public defenders they’ve just met. The judge asks, “Are you a citizen of Mexico? On or about March 2 did you attempt to cross the border illegally? Do you or do you not plead guilty to the charges?” One after another we hear voices echo: culpable, culpable, culpable. Each culpable seals one person’s fate; together they shuffle out of the courtroom, the chains around their legs clinking as they walk.

Observing the courtroom proceedings in Tucson, Ariz. formed part of Kino Border Immersion, a Georgetown Alternative Spring Break intended to increase students’ knowledge of immigration. Thirteen participants and I met with various groups in the area including the Sierra Club, ranchers, and the U.S. Border Patrol. We also toured a detention center in Florence, a prison complex in the middle of the Arizona desert. While it may be true that the center complies with over 400 governmental regulations, there exists a schizophrenic disconnect between the rhetoric and reality of the facility.

In our tour guide’s opinion, their mission is to “protect our country from terrorists or others who threaten the livelihood of our children.” Ironically, many of the migrants there have no criminal record. They migrate to work to reunite with their families, and then return to Mexico. Throughout my visit, I kept asking myself, are they the ones who threaten us most?  How can those who share the same human needs be menaces to society?  The rest of the trip continued to illuminate the prevailing discourse surrounding immigration and the need to humanize the discussion.

After the migrants serve 30 to 180 day sentences in Florence, they’re loaded on buses and driven to the border. They’re herded like animals down cattle-chute fences. Now 180 days without work, they often have no money or knowledge of the area.

To meet not only the basic needs, but also the social-emotional needs of hundreds of migrants deported daily, Kino Border Initiative offers them food, clothing, and medical assistance. Named after Fr, Eusebio Kino, S.J., a Jesuit missionary who served Arizona and Sonora until 1711, Kino Border Initiative provides refuge in an otherwise hostile and too often violent world. Fr. Peter Neeley, S.J., Assistant Director of Education, emphasized the importance of their work. In Mexico’s eyes, migrants who return are failures; no one is there to say welcome home or job well done.

On the other hand, KBI recognizes the deeper human needs of the migrants and provides them with welcoming smiles and a home away from home. Moving beyond the opinion that migrants are “aliens” and “failures,” KBI understands the difficulties of a transient existence, which often get lost among governmental policies and societal discourse.

Migration patterns also illuminate the disconnect between government policy and the situation on the ground. As border walls continue to be erected and strengthened in the cities, migrants are funneled to areas where they have little knowledge of the land and are left to the harshness of the desert. Their journeys subsequently become more costly and dangerous.

While crossing they rely on organizations, such as No More Deaths, to combat the dangers of the desert by providing food, water, and medical attention. Similar to other volunteers along the border, Gene Lefebvre, co-founder of No More Deaths, attests to how transformative it is to work with migrants on a personal level. He shared a story of a woman and her children left behind by their guide in the desert. She dreamt angels would rescue them, and the next morning several No More Deaths volunteers found the family. The volunteers were so moved in that moment that conversely, she was their angel of the desert. Lefebvre’s story demonstrated that until we engage with immigration on a personal level, policies will continue to ignore the human dimension of immigration and the needs of migrants.

The most important takeaway from my Alternative Spring Break is the imperative to humanize immigration while advocating for reform, work visas, and other legal pathways to citizenship. This must address the multifaceted needs and diverse perspectives of those involved, but should not result in further schizophrenic policies. Moving forward, we should be inspired to know there are angels in the desert who do their work day after day, and understand that their fight for a more just, compassionate world is ours as well. 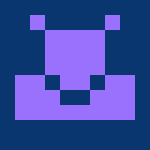 Thank you for spending your spring break in this way and for a well written essay. Please continue to spread the word.

We are looking for someone who could speak of border ministries like Tucson Samaritans or Angels of the Desert, to be interviewed on our TV show, “The Word in the World,” hosted by Fr Mike Manning, SVD. Our studio is in San Bernardino, Ca. People need to learn the human facts of our borders.