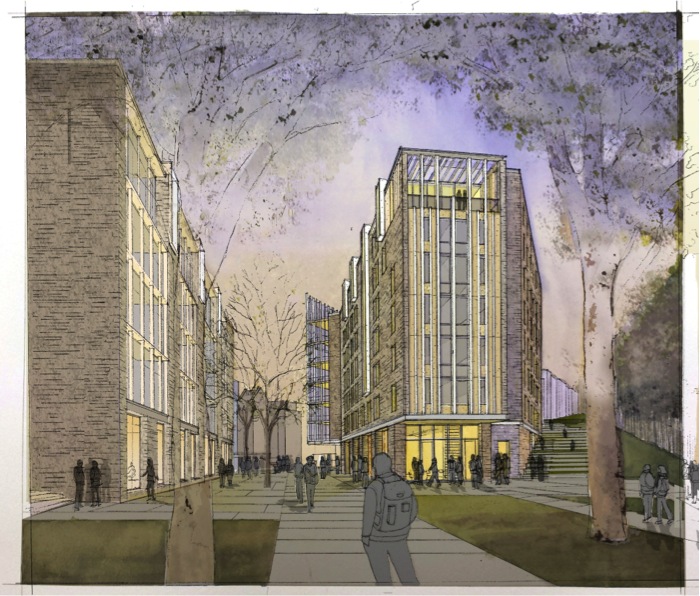 At a forum held Wednesday night in Sellinger Lounge, architects from Sasaki Associates presented their revised designs for the new Northeast Triangle dorm, following criticism of the initial design. Although most of those present expressed appreciation for the architects’ amendments, many students raised more questions and concerns over the new dorm.

The architects spent the past month altering their initial design because of student and alumni backlash against the original presentation, which included a change.org petition with nearly 800 supporters for a different, more traditional design.

Most of the criticism against the designs concerned the new dorm’s modern look, with its boxy shape and grey color.

Principal architect Ricardo Dumont began Sasaki’s second presentation by outlining the forms of criticism the old design received and demonstrating how that feedback was incorporated into a new look for the dorm.

“The idea that came strongly in the previous forum … is that this new building should be, in part, mostly stone to match exactly the stone of the main quad.”

Attempting to match the stone look of Georgetown’s main campus, Dumont and the other architects decided that the Northeast Triangle dorm should be made mostly out of limestone and carderock, with wood on the first level and around the entranceways. These materials mirror the aesthetic of Georgetown’s neo-gothic buildings, such as Copley and White Gravenor.

To temper previous concerns that the new dorm will eliminate the green space across from Reiss, Dumont explained that it will occupy only 50 percent of the space in that area. He said that it would actually improves the green space there.

“One of the goals is to enhance the green space opportunity and to save most of the great oak trees that are out there,” Dumont said. He went on to introduce the green terraces behind and adjacent to the building and the dorm’s new green roof, which will not only channel rainwater into the soil, but will give students more green space on the roof of the building.

Principal architect Katia Lucic conducted the second half of the presentation, which focused much more on the architectural look of the building. Lucic pointed out that the new design is less “boxy” and imposing than the original concept. Part of the roof of the dorm was lowered and many of the windows were offset at different heights and depths. According to Lucic, this gives the dorm’s exterior design an “intricacy” similar to White Gravenor’s design.

Finally, Lucic displayed images of the new design, along with concepts of a redesigned Reiss. Although she was careful to emphasize that no details have been decided on for an updated Reiss, Lucic pointed to the inevitability of remodeling the science building.

“Reiss, in these renderings, is changed,” Lucic said. “These two buildings need to talk together and create this open space in between that we call the promenade.”

In an interview with the Voice held after the forum, Todd Olson, Vice President for Student Affairs,  spoke about how the new dorm will affect life on campus.

When asked if the new dorm will prevent sophomores from living in apartments, Olson said he was unsure. “I don’t know that [sophomores living in apartments] won’t be a possibility,” Olson said. “My colleagues in residential living are planning to do a lot of student engagement about the whole housing selection process, so I want to be clear that there’s not some detailed, final plan.”

Olson also said that existing apartment space on campus will be renovated in coming years, but was similarly unsure of any details on this process. He did reveal, however, that the Leavey Center is being considered as a possible location for additional University dining, to address the impending increase in students living on campus.

“The project as a whole really showed their willingness to take on feedback, which is very encouraging,” Ramadan said. “That’s something we can keep pressing, but … if that was possible without sacrificing some of the other things we’ve been talking about, they would have done it.”

Despite his desire for a dorm that everyone will be happy with, Ramadan recognizes that no dorm can be perfect in as dense an area as Georgetown.

“They spoke about the 385 number,” Ramadan said, referring to the number of new beds that must be added before 2015. “I think this is their attempt to getting the number of beds to reach that number, but [without] sacrificing what students want. They could have easily made the dorm all doubles.” 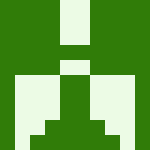