The Voice sat down with 2014 mayoral candidate and D.C. Councilmember Tommy Wells (D-Ward 6) for an interview on his policy stances, ranging from decriminalization of marijuana to resolving corruption in D.C. politics.

Why did you co-sponsor legislation decriminalizing marijuana?

It’s an issue of social justice. Once you have a criminal charge, you can’t even work on a construction site or get a commercial driver’s license. You may even get kicked out of your housing. The charge dissociates you from society and limits economic opportunities. The ACLU reported that right now, there’s a disproportionate impact on African Americans, and it’s unfair.

How does your bill change current laws regarding the use of marijuana?

There would no longer be a criminal offense for possessing an ounce or less of pot. I believe we are probably going to do only a $25 fine.

Why not full legalization?

To legalize pot, we’re going to have to tax it, regulate it, and we still need to figure out how to do that. I’m not going to wait to decriminalize pot while we are still working that part out. I am very open to legalizing pot. It’s not about the substance. It’s about what’s happening to people that are criminalized by it. So I’m addressing the issue immediately.

The legislation will apply to those who are 18 and older, but Georgetown University will still punish students for possession and usage. Does this conflict with the bill?

Universities have always had code of conduct for their students. I don’t think that this is necessarily a shield for not abiding by a university’s code of conduct. It’s between the university and its students.

You voted against the Large Retailers Accountability Act and wrote your own bill. Did you have plans before LRAA to propose such a bill?

There was so much energy around the LRAA that I saw it as a huge opening, which didn’t exist before, to raise the minimum wage in D.C. The LRAA, the big-box retailer bill, was not a smart bill, but it created an opportunity, which I took ahold of. Now I have nine councilmembers, whose names are on my bill as co-introducers, so we have a veto-proof majority to pass it.

Many have argued that, due to the standard of living in D.C. a living wage needs to be around $12.50. Why does your bill proposes a $10.25 living wage?

If there is a bidding war on the amount of the wage, we miss out on an opportunity. Also, my bill increases the standard withholding for taxes, so citizens keep more of their money, and the minimum wage in reality is about $11 an hour. Because it will be indexed, we won’t have to pass another piece of legislation to raise the wage. It goes up automatically.

Walmart and other large retailers were in opposition to LRAA. Why would they be more likely to support your bill?

You know, I don’t care for Walmart. And, it’s not just Walmart. What’s going to happen to Burger King, McDonald’s, and Walgreens, which is the most anti-union of all of them? If they can’t afford to pay the higher minimum wage—then good riddance.

How do you plan on taking corruption out of D.C. politics if you become mayor?

We have a major problem with the pay-to-play system. Many people believe that in order to get something from the government, you have to give money to constituent services funds or campaigns. I’m not going to go out there and participate in this type of corruption. I will promote a bill that says that the council should not vote on contracts, and create a culture within my government in which corruption is not tolerated.

If you win the race, what are your top priorities?

My economic development plan is a full youth development plan is a full youth engagement program that the whole city is involved in, so that our young people are prepared for jobs. Secondly, we also will continue school reform. I’ll knit the charter schools together with the public schools, so that parents will have predictability for middle school and high school. My third priority is to build a 21st century transit system that connects neighborhoods. 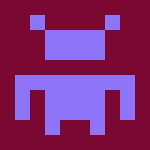