Daniel Milzman (COL ‘16), who was charged with possession of a biological toxin last Friday, appeared before District court on Tuesday for his detention hearing. Judge John M. Facciola ordered that Milzman be sent to Sibley Memorial Hospital for a 14 day inpatient psychiatric program.

On Wednesday, following a government appeal of Facciola’s decision, Chief Judge W. Roberts postponed the decision on whether to release Milzman to the inpatient program until next Monday.

Milzman’s attorney, David Onorato, addressed his client’s history of mental health issues, which have persisted since high school. “The substance here wasn’t intended for anyone other than himself,” Onorato said. “He was having a hard time in his life. He was a scared 19-year-old kid.”

As prosecutor, Assistant U.S. Attorney Maia Miller was not certain regarding Milzman’s intentions in possessing the ricin, but said that he “intended to cause harm in the worst way”—referring to his death or the death of another. The prosecution perceived Milzman as a threat either way and wanted him to remain in prison until later court dates.

The prosecution cited Facebook messages in which the defendant harassed another Georgetown student as well as his conversation with the residence assistant to show that Milzman could be a danger to society if not kept in custody.

Onorato claimed that the messages were part of a larger “two way spat” between Milzman and the other student. He added that Milzman went forward to confide in the RA as a “cry for help,” knowing that the RA would report to authorities.

The defense stated that the ricin was the chosen method for suicide because of the flu-like symptoms it causes. Should Milzman have taken action, his loved ones would not have known his death was suicide.

If Milzman is to be admitted to Sibley Memorial Hospital under the supervision of his parents, he will remain there for two weeks and then be released to his parents’ custody in their home.

Milzman has been in solitary confinement and under suicide watch since his arrest on Friday. 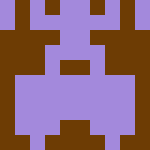