The Georgetown men’s lacrosse team (4-7, 1-3 Big East) survived a late charge by the Providence Friars (3-9, 0-3 Big East) on Wednesday at the Multi-Sport Field to win their first Big East game by a score of 10-8.  After a tight first quarter, the Hoyas seemed to seize control of the game, building a 9-2 lead by the end of the third quarter.  But the game was not safe, as the Friars went on to score six straight goals in the 4th quarter to cut the lead to one goal before senior attack Jeff Fountain scored with 00:01 on the game clock to secure the victory.

The Hoyas, who looked dominant through much of the first three quarters, barely clung to their lead in the face of a flurry of fourth quarter Providence shots.  The Friars took advantage of penalties late, scoring two late goals while a man up. Leading the comeback was Providence attack Andrew Barton, who contributed four of the six late Friar goals.

“I just think we didn’t have enough poise and allowed them to have multiple possessions, which we talk about all the time: make a stop defensively, and then clear the ball. They put a lot of pressure on us [and] I don’t think we handled it as well as we need to, but that will be addressed in practice this week,” said Georgetown Head Coach Kevin Warne.

Despite the Hoyas holding many of the early possessions, Providence struck first with a goal at 11:06.  After some more dangerous possessions, freshman attack Peter Conley got Georgetown on the board with an unassisted goal from the middle of the field with 8:27 to go in the quarter.  After controlling the play for much of the middle part of the period, the Friars retook the lead.  Junior attack Bo Stafford scored for the Hoyas on an assist from Conley, ending the quarter with the score tied at two.

In the beginning of the second quarter, Providence threatened the Hoya goal, but were turned away several times by excellent saves from junior goalkeeper Jake Haley.  Then the Hoyas took advantage of a chance of their own when senior midfielder Grant Fisher scored to give Georgetown its first lead of the game.  Peter Conley followed that up with his second goal of the game to make the score 4-2 in favor of the Hoyas.  Then senior defender John Urbank found the ball after a scrum in the front of the net and and swept it in for a goal, his first of the season.  This goal seemed to take some of the air out of the Friars attack, which for much of the rest of the second quarter failed to produce any threats on the Hoyas’ side of the field.

“At the end of the day it comes down to [senior defender Tyler Knarr].  I think he was able to control 16 of 20 [faceoffs], which is fantastic.  He’s the guy who was able to control the tempo and that’s what we talked about before the game,” said Warne about his team’s early  lead.  “We were very, very unselfish which I thought allowed us to have success.”

In the game, Knarr broke his own single-season Georgetown record for ground balls, his tenth of the game giving him 118 on the season, best in the nation and six better than his previous record-setting total from last year.

In the third quarter, Providence continued to struggle to find any success on the offensive end, as a combination of dominant possession by the Hoyas and strong work from the defense frustrated the Friars.  Georgetown ended the quarter with the best-looking goal of the day, as after a series of quick passes, Fountain circled around from behind the Friar net, took a pass  and deposited the ball past the Friars’ goalkeeper.

The Friars got one back with 10:12 remaining in the fourth quarter on a goal from Andrew Barton. Providence’s threat continued to loom, as a race to the sideline left Haley out of his net.  He scrambled back to his goal just in time to stop the shot. Just moments later, however, he could not stop Barton as he ran free down the middle of the field and bounced a shot into the net.

Providence continued to press the Hoyas’ defense, taking advantage of defensive breakdowns and penalties to bring the score to 9-8 on a Barton goal with 44 seconds left to play.  The Friars looked like they might just complete their comeback, but Knarr won a crucial late faceoff and the ball got upfield to Fountain who scored as time expired.

The Hoyas next travel to face Lehigh this Saturday, as they look to build on their victory. 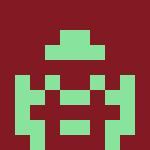