There’s no question that the game of football takes a toll on the body. Whether it’s severe concussions, torn ACL’s, or simply aggregate wear and tear, the wide array of injuries players suffer over the course of their respective careers almost always culminates in a less than heroic fall from grace. For fans, watching their favorite players deteriorate before their eyes is nothing short of depressing. For players, although I can only speculate, the feeling is much worse. This issue of career-long durability is especially relevant for those at the position of running back. For the majority of NFL running backs, numbers begin to decline around age 28. With most college running backs entering the NFL draft around age 22 or 23, the aforementioned statistic woefully suggests a productive career of only about 6 years. NFL teams are very aware of this and, consequently, draft running backs based on their long term potential and durability rather than simply college performance. This is exactly why star college backs such as Arizona’s Ka’Deem Carey are being overlooked this year.

Ka’Deem Carey’s college career was nothing short of phenomenal. He rushed for 4,239 yards, 48 touchdowns, and averaged 5.7 yards per carry. Last year, he carried the ball 349 times for 1,885 yards and 19 touchdowns. Carey consistently put up impressive single game stats never rushing for under 100 yards and only failing to score once. Although he isn’t the biggest back (5’9’’, 207 lbs.), Carey proved to be a true “power back”. Carey showed comfort running between the tackles and often punished defenders with his hard hits and equally strong leg strength leading to respectable yards after contact. Additionally, Carey has exhibited his reliability as a receiver over his last 3 seasons at Arizona. He has good hands for a running back and immediately gets vertical after hauling in the ball. This is extremely important, as the NFL is now a “passing league” more than ever. With this said, NFL running backs are still required to carry a very heavy workload over the course of a season. This is largely why NFL scouts analyze college backs based on long-term durability and potential rather than dazzling college performances. This perceived long-term durability often correlates with size. As previously mentioned, Ka’Deem Carey is only 5’9’’, 207 pounds and, based on his combine results, isn’t even one of the top 10 fastest backs. This combination has caused many draft scouts to write off Carey in favor of more prototypical NFL backs such as Jeremy Hill (6’1’’, 233 lbs.) of LSU or Carlos Hyde (6’0’’, 230 lbs.) of Ohio State. Below is a table of the career numbers for each of these players.

The career numbers of Jeremy Hill and Carolos Hyde, both of whom are ranked above Carey on most draft boards, pale in comparison to those of the Arizona workhorse. Even though Hill and Hyde have the build of the ideal NFL running back, they didn’t perform nearly as remarkably as Carey in college. Carey has even time and time again proven that he can act as an effective power runner who can handle an extremely stringent workload. This is where, unfortunately, the concept of long-term potential and durability comes in to play.

Compared to backs like Hill and Hyde, Ka’Deem Carey alarmingly had significantly more carries over the duration of his college career. He carried the ball a total of 743 times and touched the ball around 850 times factoring in receptions and kick returns. This statistic alone is what really has NFL teams worried. Lets take a look at Baltimore Ravens running back Ray Rice. At Rutgers, Rice carried the ball 910 times for about 5,000 yards and 49 touchdowns. Rice, who is 27 years old, has had a very successful NFL career rushing for over 1,000 yards and establishing himself as a threat as a receiver for four out of his five years as a starter. Last year, however, Rice’s production drastically deteriorated. Rice carried the ball 214 times for only 660 yards averaging 3.1 yards per carry. These are not kind of stats an “elite” running back such as Rice should produce. This drastic drop in numbers has often been connected to his career at Rutgers. Many, including myself, believe that the incredibly heavy workload Rice endured in college is finally catching up to him after only 5 years as premier back in the league. Situations such as Rice’s are what worry NFL scouts. Carey, like Rice, has endured a rigorous college career that could very well slow him down sooner rather than later.

When watching Ka’Deem Carey run the ball, one cannot help but draw comparisons to none other than Ray Rice. Like Rice who is only 5’8’’, 212 pounds, Carey lacks the size of a big, power back. With this said, both Rice and Carey play like “power backs” and aren’t afraid to run in the trenches, deliver big hits, and break tackles. Both backs are also dangerous receivers with great hands who re dangerous in the passing game. Additionally, both run with a low center of gravity using their short stature to their advantage. Carey and Rice also, as previously mentioned, shared very similar success on the college gridiron for better or for worse.

Ka’Deem Carey will, without a doubt, find immediate success in the NFL. He is a proven back who will be able to improve the running game of whatever team he ends up playing for. With this said, it would make most sense, due to the amount of carries he had in college, for Carey to go to a team that runs a two-running back system. This would allow for Carey to split carries with another running back and, most importantly, prolong his career. Taking this under consideration, the best fit for Carey at this time is the Denver Broncos. Having just let go of their primary back from last year, Knowshon Moreno, the Broncos are left with unproven second year back Montee Ball. Last year, Moreno and Ball often split carries and combined for a surprisingly effecting rushing attack. Without a clear-cut, second-string running back, the Broncos would benefit from Ka’Deem Carey’s versatility and toughness in their two-running back system. Carey would likely split carries with Ball neutralizing the issue of his inflated college production. With this said it is hard to predict where exactly Carey will land in the draft. He will likely be drafted in the second or third round mainly due to a combination of the NFL’s heavy reliance on the pass game, Carey’s below average size, and the workload he carried through his college career. Additionally, NFL teams have recently found success is waiting to draft a lower ranked running back and still finding a way to get that back to produce (Look at Shonn Greene or Mi’kel Leshoure). Having said this, I think that Carey will go to either the Jets at pick number 49 or the Broncos at pick number 63. If an NFL team decides to take a risk on a running back he will likely go earlier.

It will be exciting to watch Ka’Deem Carey play on the next level. I have no doubts that he has all the makings to eventually become a franchise running back. However, his heavy workload at Arizona worries me. I fear that one day in the not so distant future, Carey, much like Ray Rice, will begin to see his body deteriorate due to a combination of the hits he took during his 850 touches in college and the even harder hits he will have to endure in the NFL. This decline in performance is sadly inevitable but I guarantee Ka’Deem Carey will make a name for himself with the time he has. 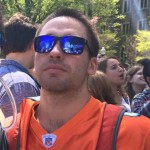 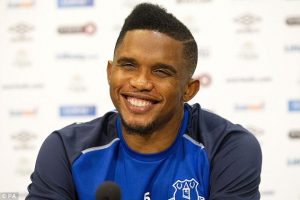 And then there Were Four