In an effort to finally address neighborly concerns of off-campus student misconduct, the University announced a new policy mandating students to live in on-campus housing for three years, thus moving the riff raff back on to campus.

Beginning with the class of 2017, students will be guaranteed housing eligibility for either their junior or senior year.

The new policy will apply to all junior-level students, including students who study abroad and transfer students, with accommodations. Students who study abroad will be able to count semesters abroad toward their fulfillment of the requirement. Junior and sophomore transfers will be required to live on campus for one or two years respectively. Exemptions will be kept in place for students from the D.C. area who choose to live at home.

According to Todd Olson, vice president for student affairs, the policy was enacted in order to guarantee that the beds the University is adding are actually occupied by students. “We’re putting a good deal of money into building [the Northeast Triangle and the Jesuit residence],” Olson said. “We’ve got to have a path to filling these new living spaces.”

Vice President for Planning and Facilities Management Robin Morey said,“I think we heard from the referendum last semester that [students] want to be here, anyway. It should be a little risk in terms of making it a requirement, so it’s sort of an insurance policy.”

Given that the renovation of the Jesuit residences is only slated to create 180 more beds, interim housing will accommodate 225 students in order to meet the agreements outlined in the campus plan. Plans for interim housing include housing students in the Leavey Center hotel, converting larger Southwest Quad and LXR doubles into triples, and reducing the size of larger common rooms in VCE. The university will not be adding beds to the Henle and Village A apartments they are renovating.

GUSA President Trevor Tezel (SFS’15) and Vice President Omika Jikaria (SFS’15) said that although the policy was not the solution they had hoped for, they are satisfied with the administration’s decisions. Tezel acknowledged that the new policy will most likely mean that sophomores will only be eligible to live in dorm style housing. It is unclear if accommodations available for seniors who want to live on campus will be available.

“I think students are going to be unhappy with certain aspects of the new policy,” Tezel said. “I hope they see that we were able to come to an agreement that includes a lot of benefits for student life.”

“We were worried that the university was considering a satellite campus location, and they were—that concern has been addressed,” he added. “We were able to come to an agreement that provides the best possible outcome given the realities of what the university had to do in line with the campus plan … The negotiating process brought us to a solution that worked out as well as it could for both sides.”

Editor’s Note: A previous version of this article mistakenly attributed the referendum comment to Patrick Killiee. It has been edited to accurately attribute Robin Morey. 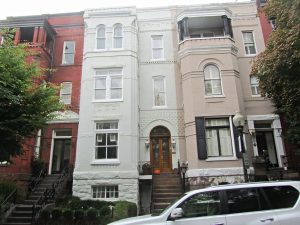