Every baseball fan has at least one particular missed call that sticks in their mind and has no plan on ever leaving. For me it came in game two of the 2005 American League Championship Series between the Los Angeles Angels and the Chicago White Sox. Bottom of the ninth, two outs, game tied at one run apiece, and White Sox catcher A.J. Pierzynski up to bat. Angels pitcher Kelvim Escobar delivered the low 3-2 pitch to the swinging Pierzynski, who after missing the pitch took off down the first base line as catcher Josh Paul tossed the ball back to the mound. Home plate umpire Doug Eddings had already signaled with a closed fist that Pierzynski was out, yet in an inexplicable change of heart, went on to say that Paul had not caught the ball before it hit the ground and, therefore, the White Sox had a man on first. The Sox switched Pierzynski out with pinch runner Pablo Ozuna who eventually scored the winning run off Joe Crede’s blast off the wall.

This loss evened the series at 1-1 and the White Sox ended up winning the next three games, advancing to the World Series where they swept the Houston Astros for the title. With my birthday coming just five days after Eddings blew the third strike call and the Angels losing necessary momentum and eventually a series lead, it was, needless to say, an especially sour twelfth birthday. Maybe the proximity to what should have been a great birthday with the Angels advancing to the World Series or just the overall horribleness of Eddings’s decision is what prevents me from going the Freudian route and repressing this memory, but regardless, the point is that we are more passionate about missed calls than almost any other facet of the game.

Major League Baseball has taken huge strides in trying to limit these terrible offenses to players and fans by widely expanding the use of video replay in games. Managers are given challenges and umpires consult with a team of replay ‘specialists’ sitting up in New York to decide the correct call. The days of bang-bang plays being a toss-up are over, or so we think.

The video replay system has encountered some difficulty and criticism since the beginning of the 2014 season, most notably from Boston Red Sox manager John Farrell, who was even thrown out of the game for his relentless contesting of an overturned call against the New York Yankees. But many critics are using some of the early hiccups as reasons to say, “Hey, we told you so, we should have never allowed video replay into the game.” Yes, the system is not perfect in its debut, but did anyone really expect every single missed call to be sorted out and overturned in the very first season of video replay?

ESPN Stats and Information tells us that so far this season there have been 108 reviews, with 38 of those ending in a call being overturned. What we can see is that managers are obviously jumping out of the dugout to challenge much more than they used to, but also it gives us perspective on how many missed calls were actually righted. About 35 percent of the challenges leading to an overturned call is a significant number and it seems a reasonable percentage. Managers challenge calls because they see that they are questionable and from the observer’s perspective the call could go either way. 35 percent is low enough to still credit umpires with credibility in making calls, while also acknowledging the usefulness of getting a second look. The human eye can only do so much in a split second and, with a sport such as baseball with a high possibility of split second plays, the ability to slow a play down is essential at times to make the right call.

In order for the system to improve in the future, managers need to take it upon themselves to reduce the number of challenges to only those that they feel truly matter and could have a significant influence on the game’s outcome. What we have seen so far is the “Why not?” mentality. Managers have no reason to not challenge sometimes and have been throwing many more challenges than actually necessary. Once the novelty of the new video replay system wears off, though, I’m sure managers will curb their trigger fingers and start only stopping play when it matters most. As it stands, the new system is still very new and controversial and, therefore, managers want to test it out as much as they can. Once the bounds have been pushed and managers see how the system will integrate into the game, video replay will not be as common and can become what its original purpose intended to be—the deciding factor on a big play that determines who wins and who loses.

Another improvement that should be at least considered by the MLB is making the team working in New York anonymous. Umpires at any level do not like to show each other up and when the games are televised and it seems as if their credibility is being put on the line in front of millions of viewers, the team in New York may be hesitant to overturn calls. If umpires do not know who is overturning their original calls, they will take less offense and pressure will be taken off of all parties involved.

The video replay system is new and exciting and challenges the human element of the game, but really if we want to look at its addition to baseball, it only accentuates the human element. Baseball is a game of tradition, but inaccuracies and the constant wondering of whether a call was right or not jeopardizes the quality of the game. It’s a tough tradeoff to make, between tradition and accuracy, but if we want to see the game played in its more fair form, video replay will be here to ensure just that. 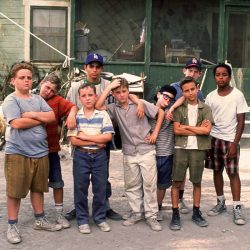