If the U.S. soccer team were a living room, goalkeeper Tim Howard, on the squad since 2007, would be a couch— but not like the beer-soaked couch that’s travelled with you since back in the day. He’s more like a fine leather sectional , both sturdy and stylish, something that’s on every homeowner’s wish list. Would I ever describe the greatest American goalkeeper as a staple of interior design straight to his ferociously bearded face? Well, no, but you get where I’m going with this.

However, despite America’s renewed appreciation—16 saves, baby!—for one of its most consistent sporting stalwarts, it seems as though we’ll have to wait a whole year before we get to see him back in a U.S. team jersey. That’s right. Tim Howard is taking a sabbatical from the national team.

Aside from his obvious goalkeeping talents and game-saving performances, Americans love the Jersey boy because his personal narrative is a beacon of familiarity in an otherwise unfamiliar sport. Determined to stay active in the life of his son, despite his job as a long distance trucker, Howard’s largely absent father taught him to play a variety of sports before his second birthday. He was diagnosed with Tourettes Syndrome in the sixth grade and has been dealing with tics for as long as he can remember. His high school sporting career was largely played out on a basketball court before being plucked for his goalkeeping potential by a youth soccer coach. He hasn’t stopped working since.

Playing a sport professionally for 17 years has to be utterly exhausting. It’s one thing to put in a shift at an office building from nine to five every day. It’s another to participate in hours-long training sessions day in and day out, travel weekly, and have your final product televised to the world. That’s probably more than I’ll ever be able to handle. Despite all this, I still seem to unconsciously associate soccer sabbaticals with weakness, mainly because they don’t really happen.

No athlete of comparable status in the NBA or MLB has ever just stopped playing the sport because they needed some time off. Granted, Howard is only taking time off from the national team, but you don’t exactly see other prominent national teamers asking for breaks. Maybe it would’ve prevented a divorce or saved a body from injury, but you can’t help but admire the men and women who have never shunned a call-up for their dedication to the sport and their country.

The highest profile national team sabbatical of recent memory is that of American soccer legend Landon Donovan. The L.A. Galaxy forward took a break from all soccer-related activities in the winter between 2013 and 2014 to recharge his batteries after playing the game non-stop since 1999. But Donovan’s bad attitude up until that point led fans, pundits, coaches alike to resent the goalscorer (myself included). Although he needed the personal time, he left the team in the middle of crucial Gold Cup games. No matter how legitimate the need for time off was, I’ll always resent him a bit for it.

I’m afraid my feelings toward Howard are growing increasingly more negative, even though his reasons for taking a break are understandable. After years of travelling, night games, and constant practice, he wants to spend some concrete time with his family. However, he’ll be pulling a Donovan in that he’ll be absent for next summer’s Gold Cup.

The recently appointed “Secretary of Defense” has put more than his fair share of effort building soccer in the States. But a little voice in the back of my brain keeps whispering about how I wish he’d finished his career with the national team continuously. Not in self-defined pieces. 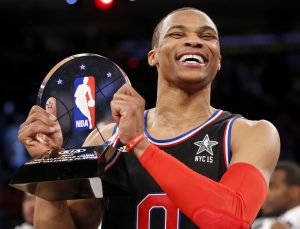