The Few. The Proud. The NHS.

Within the classrooms of St. Mary’s Hall, there is a community of undergraduates intently studying pathophysiology, microbiology, and numerous other complicated fields that the majority of Georgetown students will never encounter during their time at Georgetown. Some of these students had already performed their first head-to-toe patient exam at the University Hospital as early as the spring semester of their freshman year. Upon graduation, many will go on to work for reputable organizations like Accenture, Teach for America, and Children’s National Medical Center, becoming the leading nurses, doctors, policy makers, and researchers of the medical profession. They are passionate, proud, and far too often, underappreciated. These are the 553 undergraduate students of Georgetown University’s School of Nursing and Health Studies.

The school was established in 1903 as the Georgetown University Hospital Training School for Nurses, created to educate a nursing workforce for the nearby Georgetown Hospital.  In 1944, the school introduced a five-year nursing baccalaureate program comprised of two years of general education followed by three years of nursing. This program was condensed into a four-year program with an included nursing major in 1951. The School of Nursing was established as an independent school within Georgetown University that same year.

As the NHS approached its centennial at the turn of the millenium, the school shifted its focus outwards and the Georgetown School of Nursing officially became the School of Nursing and Health Studies. According to the Annual Nursing School Report for 2000, the new health studies major broadened the school’s “traditional mission of preparing highly skilled nurses to include preparing leaders for a variety of health care leadership roles.”

Interim Dean and Associate Professor at the School of Nursing and Health Studies Patricia Cloonan was among the group of faculty who, in the late 1990s, developed the health studies curriculum. “The school changed its name in 2000 to reflect this broadening of programs,” Cloonan said. “Also, in 2003, the school formed academic departments. We currently have four academic departments at NHS: Health Systems Administration, Human Science, International Health, and Nursing.”

According to Cloonan, one of the central factors in the decision to expand the NHS academically was the desire to meet the evolving needs of the health sector. “We recognized that students had an interest in diverse health-related areas and that it would be advantageous to educate them in a way that would prepare them in their own respective field, while affording them the opportunity to learn alongside students in the other related programs,” she said.

With only 115 students in this year’s incoming freshman class, the NHS is by far the smallest of the four undergraduate schools at Georgetown University.  What the NHS lacks in size, however, it makes up for in its robust sense of community.  For Human Science major and Public Health minor Rob Iannaconne (NHS ’16), this more intimate academic environment distinguishes the NHS from its three larger undergraduate counterparts.

“You have small classes—in your major, you probably have only 40 to 60 people, if even that, so you get to know everyone,” Iannaccone said. “In a lot of schools, there is a lot of competition between students, but in the NHS it is really not like that at all—everyone is willing to help each other.”

In addition to smaller class size, NHS students benefit from the significant personal attention they receive from the professors and faculty.  “Some people call the NHS ‘Hufflepuff,’ but being small works in our case. [It] helps us form close relationships with our faculty,” said Human Science major John Whitmore (NHS ’16). “While my College friends have to schedule and wait to meet their deans, I can simply walk in and chat over coffee with my academic advisor.”

Even if the greater academic community at Georgetown has not fully recognized the unique and dynamic nature of the NHS, the students within the school certainly have. Human Science major Kathleen Osea (NHS ’16) describes NHS students as having a genuine appreciation of the community and personal bonds with other students and faculty members that exist in the NHS.  “You are able to create those relationships with faculty and staff, and you care about [being on] first name basis with people. Being able to have that relationship is something that I value and that the NHS has taught me to value even more,” Osea said.

“I wouldn’t change the size of the NHS, but I honestly wonder why more people don’t join such a welcoming community,” Whitmore said. “I think a lot of people simply don’t want to hear others say ‘Oh, are you in the nursing school?.’ It’s a shame, and honestly disrespectful, to the great profession of nursing our male and female friends aspire to.”

Perhaps the general sentiment of NHS students is most accurately—and succinctly — captured in the words of Iannaccone. “[I am] proud to be an NHS student,” he said. “I love the whole feel of the school, so altogether, proud to be a part of one of the small, hidden gems of Georgetown.”

Incoming NHS students can apply to the school as one of four majors: Health Care Management and Policy, Human Science, International Health, or Nursing.  Students choose based on their desired academic focus within the medical field or their long-term career goals. According to Dean Cloonan, undergraduate students within the NHS are drawn to the school for its amiable environment, focus on human health and well-being, and opportunities for professional development.  “I’ve noticed in my years here, reflecting Georgetown’s commitment to educating women and men for others, that students really want to be agents of change for improved health and well-being,” Cloonan said. “Their education at the School of Nursing & Health Studies gives them the academic and values-based foundation to do that in many interesting ways after graduation.”

Whitmore ended up choosing the School of Nursing and Health Studies for its more pronounced emphasis on a human-focused approach to the sciences. “Switching from International Health to Human Science in the summer before freshman year, I wanted a streamlined, directly relevant course of study on my path to medical school,” said Whitmore.  “I have nothing but respect for the College pre-med majors, but I’d rather take the NHS’s Human Biology, with anatomy and physiology components, than the College’s Foundations in Biology, with environmental or animal components.”

While many NHS students knew precisely what they wanted to study during the initial college decision process, for others their true passions and interests were later realized through experience,” Qianjia Jiang (NHS ’15) said. “I originally came to Georgetown in the School of Foreign Service. I came into college saying “‘The SFS sounds so cool, I may as well give it a try’, but in the middle of my freshman year I knew it wasn’t the right place for me.”

Jiang told the Voice  that she ultimately decided on the NHS for its Health Care Management and Policy major, which is in the school’s Department of Health Systems Administration. She feels that the skills and knowledge she has gained through her studies  are extremly marketable in today’s market and will help her secure a job after graduation. Her major aside, Jiang has finally found her academic niche within the school. “I really got that cozy home feeling in the NHS and that’s how I knew it was the right place for me,” Jiang said.

International Health major Jessika Brennin (NHS ’17) started out undeclared in the College her freshman year. By the end of her second semester, she was wavering between majoring in Environmental Biology in the College and International Health in the NHS. “What I discovered is the International Health major is less science and more demographic based,” Brennin said. “It pulls your focus back to the bigger picture of global health rather than focusing on the individual. This wider viewpoint, from which I can hopefully be of aid to a wider range of people, appeals to me.”

One major advantage of being in the NHS is the fact that students have the opportunity to get clinical practice as a nursing major, while also following the pre-medical track. Nursing major Emily Demaio (NHS ’17) is one of the remaining two of five sophomores in the NHS who began their Georgetown careers in the combined nursing and pre-med program.  “I was kind of torn when I was applying to colleges. ” Demaio said. “While I was talking to my advisor about choosing Georgetown, she told me I could do nursing and the premed program, so that was really a cool thing for me that I could do both.”

NHS students have the opportunity to participate in multiple undergraduate organizations with their peers, taking their passion for the medical field outside the classroom to the extracurricular level. These student groups include the Academic Council, the Georgetown Undergraduate Journal of Health Sciences, Healthcare Executives of Georgetown University, Peer Advisors, Undergraduate Research Conference, National Student Nurses’ Association, and the Minority Health Initiative Council. “[The Minority Health Initiative Council] is a basically a group of NHS students committed to reducing health disparities the world, especially how they relate to minorities as well as encourage students of minority backgrounds to get involved in health careers,” Chhadra said. “Health is a field that a lot minorities are missing out on due to unequal opportunities.”

There are numerous opportunities to engage further and gain professional experience in their chosen field.  The Discovery Center, Georgetown’s main science laboratory facility located in the School of Medicine’s Med-Dent building provides students with myraid avenues for collaborative research with faculty.  Through their research, students often obtain internship positions with prestigious establishments, such as the National Institutes of Health and the Georgetown-Howard Universities Center for Clinical and Translational Science.

The school also prioritizes interprofessional education, as exemplified in the Georgetown Open School Chapter of the Institute for Healthcare Improvement. The measure was enacted by Dean Cloonan along with NHS students and faculty,  “Through this initiative, health systems administration, nursing, and medical students have the opportunity to work together to address projects around quality and safety at MedStar Georgetown University Hospital,” Cloonan said.

Despite the genuine pride and admiration that NHS students have for one another, many of them feel that Georgetown as a whole does not necessarily respect their school in the way it deserves. “I know there are a lot of drop down options at Georgetown when you are applying to things. It goes MSB, SFS, College, and there’s not even any NHS option,” said Jiang. “It’s just really frustrating that people forget that we are here.”

“A lot of my really good friends are in the NHS because we have that shared experience of being pre-med and having all these really detailed classes that no one really understands,” Osea told the Voice. “ [People will say] ‘Oh, you are taking Molecular Cell Fundamentals of Health and Disease?’ No one else is taking that except Human Science students. We bond through the collective struggle of working towards our end goal.”

For the NHS students, regardless of major or intended profession, these end goals are limitless. Demonstrating zeal for their studies, admiration for their peers, and a desire to positively impact the lives of others, the students of the Nursing and Health Studies continually prove that strength does not necessarily lie in numbers. 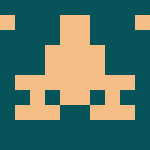 John Monahan announced as new interim dean of the NHS

I was delighted to see a picture of my class in this posting: class of 1957. I will always be thankful for the knowledge and skills I acquired while studying in the School of Nursing. Although I did not stay in nursing for long after graduation, the analytical skills I acquired there have served me well in my career and my personal life.

We were an even smaller class then, only 35 of us, and nothing got past Sister Angela Maria.