I’ve been going to the University of Vermont men’s ice hockey games since I could walk. I used to sit down at the bottom of section 18, adjacent to the opposing team’s bench. I would make faces at the visiting players when they weren’t looking. When the second intermission came, my dad would give my brother and me a few dollars to sprint down to the snack bar, buy two slices of Leonardo’s pizza and a pack of Skittles that we’d inevitably spill under the antiquated floorboards of Gutterson fieldhouse. I spent many Saturday nights on that campus and every single one was well worth the price of admission.

I love the Gut, plain and simple. It represents Vermont in the right way with its simply built fieldhouse, a barn-style rink made up almost entirely of wooden benches and steel columns painted green to match the school colors. Everything about it breathes hockey.

Other schools have invested significant amounts of money in building their teams’ ice rinks that include modern amenities commonly seen in professional arenas. Not us. At least, not yet. Slowly but surely, arenas that have housed passion for years on end like Gutterson are giving way to commercialization.

First and foremost, the Gut is a hockey rink. It’s not a stripmall, it’s not a five-star restaurant, it’s not a ritzy club. It’s a place where an entire town congregates to watch their team play the nation’s finest, making outsiders know that no win ever comes easy in Burlington. UVM isn’t really thought of as a traditional hockey powerhouse in the Northeast, but that’s okay. That chip on our shoulder has turned our hockey rink into a symbol of Vermont pride.

I know that there are arenas out there that mean just as much to their communities as the Gut does to ours. Both Cameron Indoor Stadium of Duke and Allen Fieldhouse of Kansas University command legendary status in their respective campus lores. Thankfully for their student populations and alumni, both schools have elected to renovate already existing facilities rather than replace them with “the future.”

Such upgrades even affect teams at the highest levels of competition. In 2006, Arsenal Football Club left their 100-year-old stadium in Highbury, London for a bigger and better arena constructed, in part, thanks to Emirates Airlines. I bet you probably can’t name a major Baltimore sporting franchise that weren’t tenants of Memorial Stadium at some point in their existence.

No one is immune. They’re  rumors that UVM is considering building a new athletics center to accommodate a growing fanbase. Right now, there are more fans than there are seats. The school is missing out on possible ticket revenue and Vermonters are missing out on games. Progress will march on no matter how long I rant about cultural significance or Catamount pride.

They can replace the seats and the snack bar, but the fact is that these shiny new stadiums can’t replace the simple charm of their predecessors. Sure, they haven’t been around long enough to develop a solid relationship with a city, town, or university, but they’re also far too commercialized. Stadiums named after Levi’s jeans and Etihad Airways? Food vendors everywhere you turn? In-house bars? That’s not personality. That’s business.

Sport thrives on narrative. Liquor up any fan and I guarantee you they’ll be more than happy to regale you with tales of where they were when, “that goal was scored.” Any English teacher will tell you that an appropriate setting is vital to the success of a great plot. Winning in the Super Sports Megaplex 9000 just doesn’t sound anywhere near as sweet as winning in a team’s ancestral home. 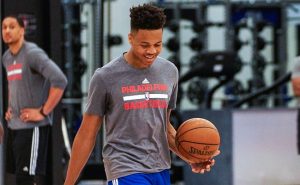