Over the past year I’ve read piece after piece on the world’s most prominent footballing websites condemning my favorite league, the Italian Serie A, to league-ranking hell. While it’s hard to argue against a visible decline in perceived quality, loss of  talent and money has actually helped the Italians avoid some pitfalls currently affecting other domestic competitions.

I’m not going to downplay the league’s fall from grace. Gone are the days when Serie A was the destination in a player’s career, instead of a waypoint. Gone are the days when the peninsula attracted talent like AC Milan’s Dutch trio of Ruud Gullit, Marco van Basten, and Frank Rijkaard, or El Diego Maradona himself. Thanks to mismanagement, clubs that were staying afloat five years ago are in serious financial peril and don’t seem poised to recover.

But what these teams lack in quality, they certainly make up for in character. The Italian league is by far the the most representative of its home country’s culture, both on and off the field. For one, the Italian league is flooded with Italians. It might seem like a given, but considering the international nature of European soccer, it’s not uncommon to see foreign players muscling out the home grown talent for spots on domestic teams. Young English players have had a particularly rough time breaking through as the English Premier League’s quality continues to attract the top footballing imports from other countries. The German Bundesliga and French Ligue 1 are not far behind as their elite follow suit.

This is not so in Italy. Channels are open for domestic footballers to strut their stuff. This sort of accessibility has allowed top youngsters like Alessandro Florenzi, Domenico Berardi, Simone Scuffet, and a host of compatriots to secure opportunities they might not have had if they were born under a different flag. Would it be cool if the top players wanted to go to Italy? Would it make it more exciting for the fans if there was a little more star power? Of course. But there’s something to be said watching the boys next door duke it out instead of high-paid talent from across the pond. It’s about the passion, not the paycheck.

Italian clubs are also struggling financially, but are slowly doing a better job of balancing their books than some of their international rivals, especially where the Union of European Football Association’s (UEFA) financial responsibility rules are concerned. Former superpowers like Napoli and AC Milan have had to balance their books and find better deals in the transfer market in order to comply. This sort of stinginess has kept affairs relatively competitive considering there are no financial super elites who can buy their way to success a la Real Madrid or Barcelona.

Despite a lack of money, or talent, I think the on-field product in Serie A has suffered only a fraction of the damage that professional columnists claim it has sustained. The current crop of players still seem to be able to put on a show that will can blow viewers away.

Take AC Milan’s 5-4 victory over Parma for example. Both lineups were lacking in star power (I’m sorry Rossoneri fans—it’s true), but the game was an absolute classic, keeping everyone watching on the edge of their seat. It was fast, it was incredibly dramatic, and watching it in the moment made the event feel like it could only happen in Italy.

Has the Italian league fallen from the lofty heights it occupied 15 years ago? Sure. Are top players more likely to take contracts in other countries? Sure. But a diet of domestic talent and financial responsibility has slimmed Serie A down into a unique model of competition that’s representative of the peninsula. Its certainly doesn’t fit everyone’s tastes, but you can’t deny it doesn’t have a style all its own. 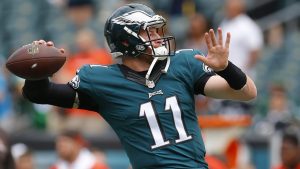 3 COMMENTS ON THIS POST To “The Sports Sermon: Serie A isn’t dead”