Because I am likely one of the only Los Angeles Clippers fans you’ll ever know in your lifetime, I’ll be the first to admit it-being a Clippers fan can be pretty miserable.

L.A. loves its basketball, but the city has been a Lakers town since the organization relocated from Minneapolis in 1960. In every street corner of the city-from the confines of Compton to the hills of Hollywood-it’s commonplace to see purple and gold flags, Lakers car stickers, and people wearing jerseys with the #24 plastered on the back. Somewhere, on the worn asphalt of any public basketball court downtown, there is a kid yelling, “Kobe!” as he turns and shoots a fall-away jump shot.

In contrast, the Clippers get no such love from the citizens of Los Angeles. Even when the organization moved and started playing their home games at the Staples Center in downtown L.A., the Clippers continued to be forgotten by the city.

In order to adequately justify my appreciation for L.A.’s less popular NBA team, I’ve got to admit something that will likely shock even my closest of friends: I have not always been a Clipper fan. Actually, I used to be a Laker fan.

I was born eight miles away from the Staples Center in downtown L.A. I grew up in a family full of Lakers fans. From a very young age, I loved the Lakers. I still remember being six years old and bubbling up from the excitement of a Christmas morning when my parents bought me a new Shaquille O’Neal #34 Lakers jersey. I wore that jersey religiously as I watched the Lakers cruise to three straight championships from 2000-2002.

In 2003, however, my entire perspective on my beloved Lakers began to change. In July of 2003, Kobe Bryant-a man who I idolized-was arrested for the sexual assault of a 19-year-old woman in Eagle, Colorado. I was only eight at the time, but to this day I remember asking my dad to explain to me what Kobe was being accused of doing. As he struggled to explain the situation, I realized that my father was only trying to lessen the eventual disappointment and resentment that I would ultimately feel towards the athlete who I exalted as a hero.

After settling a civil case with his accuser, Lakers faithful welcomed Kobe back like a fallen warrior in his return to the basketball court. Even though I didn’t fully understand the significance of the lawsuit at the time, I couldn’t help but feel personally wronged by Kobe. As hard as I tried, I struggled to cheer for Bryant. Even as I watched him take over close games and score at prolific rates, I would never cherish him or the Lakers in the same way that I once had.

In the 2004-05 NBA season, I started paying more attention to the Los Angeles Clippers. I remember initially being embarrassed watching Clippers games. Not only were they a terrible team, but the idea of being caught watching a Clipper game in a Lakers household was a terrifying prospect. I used to sneak into the living room of my house and find Clipper games to watch on the television, nervously anticipating the moment when my older sister would walk into the room and chastise me.

I was caught watching the up-tempo, exciting Clippers on a few occasions and eventually, being called a “traitor” by my Lakers-supporting family members became less significant to me. Though I had trouble admitting it to myself and others, for the first time in years, I was having fun watching basketball.

I was having fun watching the Clippers.

Within a few years’ time, I had embraced my Clipper fanhood. Only after rooting for the lowly Clippers did I, however, realize how unappreciative and spoiled I was as a Lakers fan. After a history of continued success, Lakers fans consider every season that doesn’t result in a title as a disappointment. Even after years of sub-.500 records and horrible losses, I watched every Clipper game and loved every second of action. In 2008-09, a season in which the Clippers won just 19 regular season games while the Lakers cruised to an NBA Championship, I continued to love my team.

Would I have preferred my Clippers win a few more games? Sure. But did I ever consider jumping on the Lakers bandwagon for the sole purpose of cheering for a winner? Not for one second.

The Clippers organization may never live up to the storied history of the Lakers. The Clippers may never never hang 16 championship banners or 9 retired jerseys from the rafters of Staples Center.

For these reasons, being a Clippers fan is, of course, disappointing. The organization has never won a championship or even made a Western Conference Finals appearance. Nonetheless, the past three seasons have been the most exciting run in the history of the franchise. The Clippers won their first Pacific Division title in 2013 and have set team records for single-season wins in each of the last two years.

Though the organization will never dodge the comparisons to their Staples Center co-tenants, Clippers fans deserve to rally behind the successes of this team. The Clippers no longer dwell in the shadows of Lakers accomplishments; rather, the city of Los Angeles now has two NBA teams worth being proud of. For the first time in a long time, it’s cool to be a Clipper fan.

Lakers fans, it’s only a matter of time before your team is back to its star-powered, championship-contending ways.

Clipper fans, let’s enjoy this run. After loyally supporting a bottom-dwelling franchise for so long, I think we deserve that much. 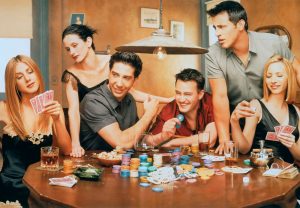 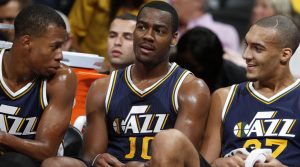