The Catholic University of America sparked debate on the stinted progress of LGBT issues at Catholic universities in the midst of the Vatican Synod on the Family when it postponed a screening of the movie Milk.

The College Democrats at CUA had organized the screening of the Academy-award winning film recounting the story of gay activist and politician, Harvey Milk, a tribute to whom was coincidentally performed at Georgetown’s Gonda Theatre last spring. The event was indefinitely postponed after an administrator complained about its flyer, which featured the rainbow flag and the proposal to “kick off LGBT Awareness Month.” The administrator cited a purported change in the event’s nature “from one of education to one of advocacy” on issues conflicting with Church doctrine.

“We had gone through the proper channels and gotten the flyer approved, however, an administrator saw the flyer the day of the event and decided it needed to be postponed,” wrote Shelby Kestler, chairwoman of the CUA College Democrats, in an email to the Voice. A very similar event, in fact, was held in 2011 under the same name, Milk and Cookies.

The CUA administration’s initial response to the event raised multiple concerns over the issues of LGBT rights and free speech on Catholic campuses, spanning from student responses at the university to national press coverage in the Washington Post, the Daily Beast, and Vox.com. The College Democrats at CUA, however, were not able to appeal to an institutional framework beyond that which barred the event in the first place, the Office of Campus Activities, because of CUA’s repeated refusal to grant recognition to the campus LGBT group, CU Allies.

“We couldn’t really turn to anyone else, we didn’t know what to do,” said CUA College Democrats’ Communications Director Jackson Tovar.

GU Pride Vice President of Community Affairs and Student Assistant at the LGBTQ Resource Center Esteban García (SFS ’15) cited CUA’s lack of an officially recognized LGBT presence in recounting GU Pride’s past attempts to connect to with CUA’s LGBT community. “When we reached out to them, they said, ‘we are not interested because we can’t be interested’… Because again, the environment at their school is so difficult that to be vocal is dangerous. Not necessarily for safety reasons but in the sense that there can be repercussions from the administration, there can be backlash from the administration at their university.”

LIFT CUA, a group of CUA students seeking institutional reform, was founded a few days prior to the cancellation of the College Democrats’ film screening and led group of approximately 200 students in protesting the administrative response to the event. “They were funded before the cancellation, but this is just fuel to their fire,” Tovar said. The group’s demand for transparency, greater academic freedom and freedom of speech from their university is reminiscent of many of the demands made on our campus.

GU Pride, for example, was founded following a D.C. lawsuit in 1981, yet continued to push for institutional support on behalf of the university following various hate crimes, culminating in the Out for Change campaign in 2007. University President John DeGioia responded to the student pressure by creating the first LGBTQ Resource Center at a Catholic University.

Although the CUA College Democrats relayed that event attendance is limited to CUA students and faculty, members of the LGBTQ community on campus voiced an interest in not only attending the event, but expanding contact with the current LGBTQ community at CUA.

“My goal is to reach out to them and partially to see what it is we can do to help them get that permission [to voice their opinions], but also to invite them to our own events so that they can have these experiences they are being denied by their administration,” said GUSA Undersecretary for LGBTQ Affairs Lexi Dever (COL ’16).

García suggested extending an invitation to Catholic University to attend the Ignatian Q, a conference that Georgetown will be hosting this year for LGBTQ students from Jesuit and Catholic universities from around the country designed to spark a dialogue on the intersection between the Catholic and LGBTQ identity. “We understand that they’re local, but otherwise they wouldn’t have funding from their university at all to attend something like this because it’s so radical in relation to what they have at Catholic,” he said.

Although Catholic trails behind Georgetown in terms of freedom of expression for LGBTQ students, the activism sparked by the administration’s response to the College Democrats’ event suggests great potential for the future. As Shiva Subbaraman, director of Georgetown’s LGBTQ Resource Center said of the center in an interview with the Voice last September, “It is student activism that made us possible.” 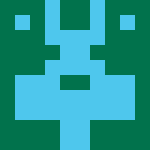 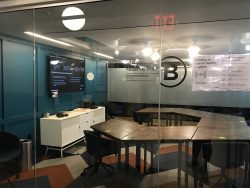