When the weather is nice, I like to lace up my sneakers and go for a jog along the Potomac River and Glover Archbold Parkway. If you are ever looking for a refreshing morning jog, this route provides the calm of the canal path, the early morning Georgetown streets, and the scenic view of the Potomac River. To start, run from the Reservoir entrance to Georgetown University towards Canal Road, then take the bike tunnel down to the canal. From there, run towards the waterfront. Before entering the boardwalk area, veer to the left to stay on the path to Glover Archbold and Potomac Parkway. The Parkway path leads all the way through the Smithsonian Zoological grounds.

Now, I’m not one of those people that runs for time, or is training for an ultra-marathon-bike-swim-run-die-iron-man competition (but kudos to those who are, because I have no idea how you do it). Rather, I run to clear my head, to give myself time to reflect, or to listen to the sweet, grandmotherly voice of Terry Gross on Fresh Air podcasts. Furthermore, as a self-diagnosed high-reactive introvert, I tend to have a lot of reflections on the world as it exists around me; whether for better or for worse, a lot of this mental activity occurs on my five-mile runs. On my latest run, I decided to record my thoughts* on my Notes in my iPhone as a creative exercise in mapping the various stages of a D.C. run.

*Please note that the following internal dialogues will require immense translation capabilities. Such garbled text results from an attempt to type down my many thoughts with cold thumbs, while navigating the running paths of D.C. Notes appear in italics; my translations appear in regular typeface.

The note page appears as follows:

All good reporters, note-takers, and human beings will record the dates of their observations. I am no exception. I strive for excellence. All runs, like notes, start out simply. Just like writing a date on a page, committing to a morning run requires repetition and practice. But eventually, it becomes second-nature.

no other night is Monday night

It was at this point in my run, having reached the waterfront, that I began to notice external stimuli on my run. This particular note was written when I reached the waterfront and immediately noticed a large black ESPN van with the saying, “No other night is Monday night” on the back of it. My first reflection:

(Translated: Wow, that is so inaccurate)

I then ran a few more feet before realizing that the statement was, in fact, 100% accurate. Monday night is definitely different from all other nights. I may have confused the word “inaccurate” with “obvious.” This note is a reflection of the second stage of morning runs: the runner’s sleepy brain being woken up by morning sights and sounds along the pathway. My next note:

This note was taken around mile 1 of my run, when I stepped on a very obtrusive pothole and rolled my ankle. (Observe how my thumbs were already cold, thus missing the “L” key.) Retrospectively, I don’t think I needed to write this down, as the current pain in my ankle serves as a stark memory of that terrible moment on my otherwise pleasant run. Yet, this note, too, serves as an example of a third stage to morning runs: the setbacks one encounters throughout the practice. While some are small, like potholes or uneven bricks in the sidewalk, others can be bigger—one may have to change routes, or abandon a run completely. What is important is knowing that setbacks happen, and are natural occurrences in the running experience.

There is then a long gap in my note page of observations, probably because I was: A) deeply engrossed in an NPR interview with Amy Poehler at the time and B) noticing all of the cute children in their costumes gathered along the waterfront for Halloween festivities. At this point in running, one experiences a flow and enjoyment of whatever stimuli are around them. Sometimes, it is important to remain in the moment of the run—whether that means completely tuning into a podcast, or examining the lives of others who are out and about. In one case, the run turns into a refreshing introspective experience, in the other, a sort of sociological undertaking.

At about mile 4 of my run, I recorded the following:

The runner’s high: the climactic moment of the running experience. I am sure that anyone who has experienced a runner’s high can relate to this perceived awesomeness. A runner’s high makes you feel all-powerful, like you can run for miles. At this point, the run turns introspective and the rewards of practice are made apparent.

On the last mile and a half of my run, I ran from the waterfront back to campus, along the Capital Crescent Trail. I then ran through the bike tunnel, and back onto Canal Road. On the sidewalk, I made a further observation:

I noticed a speed-walker along Canal Road wearing a really nice, fitted red fleece. I thought it was cute, and wanted it for my own. Upon passing the woman, I realized that I own that same North Face fleece in grey—in fact, I recommend it as a winter running piece for those who can tolerate the canal path on chilly winter days. After the runner’s high stage, there is a renewed motivation to continue the practice, a way of motivating oneself is to invest in running gear, to be both warm and stylish on future running excursions.

My final note on my run is confusing, to say the least:

God only knows what this means. I definitely had a really important, earth-shattering reflection here, at the final stage of my run. But at the cause of my frozen thumbs and the silliness of iPhone keyboards to switch over to numbers and symbols in place of letters, the thought is lost in the void of my morning run ruminations. On runs, it is inevitable that some thoughts will disappear in the midst of the exercise– even when they are intentionally written down. At this point, the runner must return to her daily activities, thus signaling an end to the refreshing morning activity.

I highly recommend this creative exercise of note-taking to anyone who is a runner. It not only provides another challenge to the exerciser who has grown bored of time trials, but also proves hilarious and thought-provoking upon reflection. Even what appears to be an average morning run can provide a chance to test one’s thumb dexterity, reflect, and observe everyday occurrences from a new perspective. 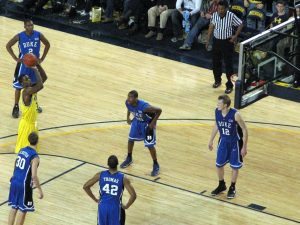