In his debut album, Michael, Les Sins—also known as Toro y Moi—shifts his focus as an artist in the chillwave movement by instead exploring contemporary dance music. With a distinctive sound and talent for unusual mixes, Les Sins combines beats reminiscent of funk, house, and jazz in one amazing record, creating an unexpected and enjoyable fusion of sounds.

The album opens with a deep house-inspired jam, “Talk About.,” layering shuffling vocal samples and percussion with strong synth that encourages you to get up and dance. Each song presents a unique mood, presenting a variety of sounds that sway you in different directions as the album progresses.

The continuous progression of distinct, yet equally innovative tracks on the album reflects a changing style of dance. Les Sins guides you through an array of undeniably catchy beats, as in songs like “Bother” and “Why,” which combine surging synths with a soulful groove. The artist then turns to smoother, more understated beats on “Bellow.” Transitioning between powerful dance beats and influences of chillwave, Michael depicts the evolution of modern dance floor atmosphere.

The album is a departure from the usual work of Toro y Moi, as Michael’s tracks take the electro-pop sound a step further into the realm of dance. Les Sins’ new album not only combines genres by layering pounding synths with chilling vocals, but also entices you to dance to the evolving variety of beats. The eccentric use of jazzy piano, soulful funk, and overlapping vocals broadens his already incomparable work as an artist.

On Michael, Les Sins organically mixes and layers the sounds of jazz and funk with contemporary house and electro-pop influences into a series of beats to feed your dance craze. As the vocal sample of “Talk About” encourages, it will be hard not to “talk about the latest record” from the industry pioneer, Les Sins. 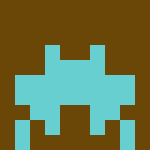 GPB brings fall concert to the worst venue in D.C.

A journey through grief and New York

City on a Hill: D.C.’s politics of personality