Men’s bball moves on from Atlantis

The Georgetown men’s basketball team (4-2, 0-0 Big East) returned home from the Bahamas after finishing a bittersweet 1-2 in the Battle 4 Atlantis tournament. Junior guard D’Vauntes Smith-Rivera led the team during the tournament, averaging just shy of 20 points per game.

“This felt like a middle-of-the-season, end-of-the-season game,” said Georgetown Head Coach John Thompson III. “That was two teams going back and forth at each other. … It was a good game for us to be in now.”

With just under 2 minutes left in regulation, Smith-Rivera hit a jump shot to tie the game at 53 and send it into overtime.

Due to foul trouble plaguing most of the team’s starters, freshman forward Paul White tallied 35 important minutes off the bench, scoring 10 points and collecting 5 rebounds.

The victory against Florida earned the Hoyas a matchup against No. 2 Wisconsin (6-0, 0-0 Big Ten). After another extremely physical back and forth game, Georgetown eventually fell to Wisconsin by a score of 68-65.

Senior center Joshua Smith used  his size and physicality to stifle Wisconsin senior center Frank Kaminski, arguably one of the best players in the nation, holding him to only 1-of-8 shooting from the floor. The physical play of the contest did not go unnoticed.

Georgetown began the game with torrid shooting, but Wisconsin stayed close and held a one-point lead at halftime. As the second half began, Georgetown continued its hot shooting, and began to build a lead that peaked at 9 points with just around 11 minutes remaining in the game. However, the Badgers clawed their way back and took a 3 point lead with 20 seconds left. The Hoyas had to turn to Smith-Rivera, who finished with a season-high 29 points and had made all five of his three-point attempts prior to the final possession.

“I knew they were going to trap me coming off the screen, so I kind of wanted to take them away and come back and get a better look at the basket” said Smith-Rivera.

Smith-Rivera, however, was unable to rescue the Hoyas for a second straight game, sending Georgetown to the tournament’s third place game.

After dominating the entirety of the Wisconsin game, Smith-Rivera struggled, needing 11 shots to accumulate just 12 points, and missing all four of his three-point attempts. The remaining Hoya starters also struggled, as they only scored 13 combined points. This forced freshman forwards Isaac Copeland and White to step up, as both scored double digit points in the loss.

Despite the loss to Butler, the victory over Florida and the tight contest against Wisconsin showed the potential of this Hoyas squad. The Hoyas will return to action this Sunday at Verizon Center when they face Towson (6-1, 0-0 CAA). Tip-off is slated for 12:00 p.m. 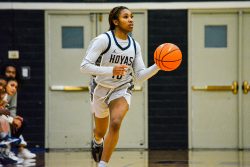 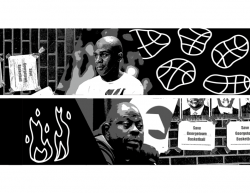