I can think of a lot of mistakes that I have made in my life.

As a first grader, I earned myself detention after walking through a puddle an administrator had specifically told me to avoid. Then as a teenager, I thought dying my hair pink would be a good idea. It wasn’t.

In my early adulthood, I’m continuing to make mistakes. For the most part, that means that I spend a lot of time procrastinating and screwing myself out of a good night’s sleep. Sometimes, though, my mistakes are more serious. Last week, I made a decision that I would very quickly come to regret—I made a big, big mistake.

I’ve been editor-in-chief of the Voice for three months now. In many ways, it’s been my favorite thing about being at Georgetown. There’s something powerful about being trusted by your peers to lead the way. There’s also something just plain fun about being able to make decisions.

Up until last week, I had largely taken that for granted. My peers and I have long been making jokes about our readership. As managing editor, I remember walking to Epicurean with two other editors and seeing multiple copies of the Voice sitting out in the rain. “Our new tagline should be ‘Staying up until 5 a.m. to make umbrellas for the Georgetown community since 1969.’”

The events that unfolded last week and the resulting scrutiny directed at the Voice were unexpected—to say the least. Production night, lasting from about 6 p.m. until 3 a.m., always feels like a blur. The Voice is made up of a fairly long masthead, but people are always coming in and out of the office, eager to jump onto their next activity or catching up on work.

One of the most difficult questions to answer up until this point has been why no one at the office raised any red flags about the now-infamous Page 13 cartoon and kept it from being sent to the printer. Other than offering an explanation for what we intended the cartoon to depict, I don’t have an answer. All I can say is that we were trying to check the Georgetown Heckler for what we thought was an excessive spate of attacks against then-GUSA candidates Chris Wadibia and Meredith Cheney. To say that the effort backfired would be the epitome of understatement. But I cannot explain why we were so nearsighted in our vision that we neglected to see the cartoon outside of this singular context.

Of course, it really doesn’t matter what we intended to print. What matters is what people got out of it. We don’t print for ourselves; we print for the community.

Many of my friends, classmates, and colleagues have reached out to me personally, offering support and reassurance. Some have tried to justify what was printed, but most have simply tried to keep my spirits up amidst  the negative attention.

As leader of the paper, however, my attention has been focused on something different. I don’t want people to justify what we did—regardless of whether one thought it was racist, misogynistic, violent, or not, it was unquestionably unprofessional and in bad taste. We aren’t a set of trolls or bloggers; we don’t print for the sake of controversy. Instead, I’ve been trying to justify how the staff of the Voice will move forward as people.

We issued an apology. We have reached out to the administration and campus groups to get started on diversity and sensitivity training. We were present at the town hall on Saturday and stood in solidarity during Monday’s rally. People who were hurt by the cartoon are being receptive to us, and are channelling their misgivings into positive steps forward.We regret neglecting to consider what people may have picked up from the page. But so what? How do we take back the pain that we have caused the community? It will be a long road to institutional forgiveness. But we have to keep going.

In some ways, I’m glad that the conversation is still ongoing. As a student, I am in full support of a diversity requirement. I believe in Georgetown’s commitment to creating men and women for others, and want the idea of cura personalis to manifest itself further in our academics.

But the biggest disfavor we can do to ourselves and to the Georgetown community would be to freeze up in response to the events of this weekend. We have to keep going, both as journalists and people. At the end of the day, we can’t take back what we did, but we can commit ourselves to be better. 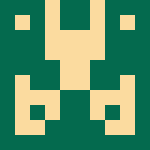