As a 10-year-old at sleepaway camp, I fell in love with horseback riding. Learning to trot, canter, and jump a horse gave me a bigger adrenaline rush than, say, serving a tennis ball. There’s also all the cheesy stuff about caring for and loving a horse that came with this new sport, but I’ll assume you already know how that went for a 10-year-old girl at sleepaway camp.

I ended up loosely following the famous Triple Crown races and competitively jumping horses until the end of my junior year in high school. The past few months, however, I’ve felt a growing sense of guilt in response to the recent news about the cruel treatment of horses, especially in the horseracing industry. What I used to see as a beautiful and intense show of athleticism on the part of both the horse and rider, equestrian sports now appear to be inseparable from the brutal reality of the treatment of many horses.

Last month, the New York Times reported the death of 12 horses in 22 days at Aqueduct Racetrack, described as a working-class racetrack, in Queens due to the excessive racing of at-risk horses. The past year of horseracing headlines has been filled with news of horses retiring, being euthanized during races, or not being able to race at all due to leg injuries. According to a different Times article, 24 horses die on average at racetracks each week in America.

Despite many of these high-profile cases—including that of the Kentucky Derby horse Eight Belles, who broke two ankles and was euthanized on national television in 2008—the industry has not changed. Less than four years later, at the Charles Town Races in West Virginia, eight horses started a race. Only one finished. If anything, these examples show that racing has become even more dangerous, despite years of criticism and talk of reform. The addition of casino gambling to the operations of racetracks, such as the Aqueduct Racetrack, have raised the stakes.

The higher purses involved lead many trainers to race unfit horses, leading them to overuse painkillers and obscure performance-enhancing drugs, which include Viagra, cobra venom, and stimulants. This allows horses to perform on pre-existing injuries, which 90 percent of horses that break down have, according to the Times. These problems are most rampant at the lower tier “claiming races,” which the Times calls the “mainstay” of American racing. These less-famous races receive less regulation.

These facts make it clear that, from a legal and practical perspective, horse racing needs a huge overhaul and much stronger regulation. While many of these lower-tier tracks likely cannot afford to make changes to the necessary regulations, something needs to give. If racetracks cannot afford to humanely treat the horses with respect, they should not continue to operate. While it would be sad to see the decline of a historic and classic—and in some sense, ancient—sport, that is preferable to seeing people use horses without regard for their suffering. Furthermore, the more renowned races, like the Triple Crown, would survive. Racing in England, for example, has done just fine without allowing the use of drugs at races; breakdown rates there are half of what they are in the States.

According to the Times, the industry promised to make changes as a response to federal oversight in 2008. But since 2009, the rate of horses that have broken down has increased slightly. It is clear that these issues will not simply go away with more regulation. The horseracing industry has proved time and again that it disapproves of even the most minor attempts at transparency, much less the implementation of rules meant to protect jockeys and horses.

What is more important, then, is that jockeys, trainers, and owners change their attitude towards the horses that carry the jockeys to finish line. The cause of these problems is that horses are merely seen as disposable objects—a means to race and win, nothing more.

In today’s society, I doubt there are many who would argue that horses can’t feel pain. As someone who loves horses, I cannot bring myself to even watch an equestrian event, knowing that the horse is likely being harmed in some way. While I’m not against horseback riding or equestrian sports if the horse is happy, healthy, and pain-free, I refuse to participate in or spectate any of these events until the industry, mainly that of horseracing, dramatically changes. I sincerely hope, for the survival of a truer, fairer, and better sport, that the horseracing industry decides to take the true well-being of the horses into account. But if the sport decides it cannot afford to—or simply does not want to—change, it does not deserve to survive. 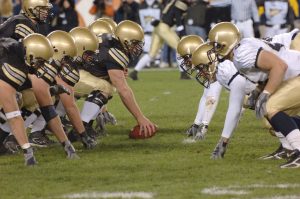