GUSA Undersecretary for Disability Affairs Lydia Brown (COL ‘15) hosted a panel on Monday, Mar. 2, to discuss her proposal to create a Disability Cultural Center at Georgetown and the general philosophy of disability studies. Brown has been trying to promote the creation of this center for two and a half years, but her movement has recently gained momentum after GUSA announced its support of the proposal on Feb. 23.

“Only three universities in the world have Disability Cultural Centers, and Georgetown is not one of them,” Brown wrote in an email to the Voice. “We claim to be a leader in innovation and ‘designing the future,’ yet we have not seized a clear opportunity for leadership.”

The proposal’s website emphasizes the Center as a hub for social, educational, and academic programs as well as a locus of support for the disabled community. A transition toward understanding disability as a feature of diversity rather than as a maladaptation underlies the movement.

According to Brown, the university has at least recognized the need for other safe spaces on campus for students of color, women, and LGBTQ students, even if these centers are underfunded and understaffed. “Students with disabilities are as much a part of this campus as other underrepresented and marginalized groups, and we deserve at least the same recognition,” she wrote.

Stephanie Kerschbaum, a guest speaker at the panel and English Professor at the University of Delaware, noted that an emphasis on discussing accommodations for students with disabilities has hampered appreciation of some students’ more nuanced needs.

“Because disabled people aren’t already imagined or assumed to be present until they explicitly announce themselves, and because disability accommodations are so often treated as individual problems requiring one-time solutions, issues of disability and access are often defered,” Kerschbaum said.

Fellow guest speaker and English professor at Spelman college Margaret Price spoke out at the panel about subtle ways academic methods ignore disability. She discussed digitally oriented presentations in the classroom. “The prevailing assumption is that all audience members are able to access information through those modalities and are able to make the rapid shifts required in order to understand the larger point being made about the way they come together,” she said.

Price also explained the cultural shifts that are needed to liberate students with disabilities on campus. “I know there is a proposal for a Disability Cultural Center on campus right now, and I think that is a wonderful solution,” she said. “If you came to this presentation alone you might think disability studies were about accommodation, but in reality they’re about art and expression too.”

Despite the ongoing conversations about the need for a DCC, Brown notes that Georgetown administrators have not committed to a concrete timeline for creating a DCC.

“I believe we’re meeting a variety of student needs now (through dedicated staff in our Academic Resources Center, and other offices around campus), and that we still have work to do to meet those needs as fully and effectively as we can,” Todd Olson, Vice President for Student Affairs, wrote in an email to the Voice.

As Brown has circulated a petition to rally students behind the mission, interest groups like GUSA and The Lecture Fund have voiced their support for the cause. So far, according to Brown, the petition has 150 respondents including students, faculty, and alumni. Of the respondents, 144 voiced their support of the proposal. Toniann Maniscalco (COL ‘15) is one such student, listed on the DCC’s website as a student advocate.

“[The DCC could host] ice cream socials, speaker symposiums and panels, movie showings, etc. to create a safer, tolerant, and supportive environment for disabled people at Georgetown University,” Maniscalo wrote in support of a DCC. “Such a center potentially can crack open the beginning of a necessary dialogue around disability justice among students, faculty, and administration, at Georgetown University; and such an earnest conversation is long overdue.” 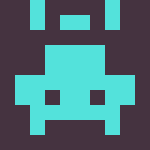