I don’t know if it was my obsession with watching Pokémon or all the long nights I spent reading fantasy novels, but I’ve always had an insatiable thirst for adventure and exploring the unknown. One day, I swore to myself, I would save enough money and travel the world, sampling exotic new foods and forging exciting new friendships. When I became old enough to realize I was undocumented, however, I discovered I would never be able to leave the country without giving up my right to return, even though the U.S. has been my “home” since I arrived as a four-month old infant. Reluctantly and brokenheartedly, I set aside my childhood dreams and traded them for harsher realities.

When Obama created the DACA (Deferred Action for Childhood Arrivals) program via executive action in 2012, so many doors were opened for me and countless other undocumented youth across the nation. Although DACA does not create a pathway to citizenship, it provides a renewable working permit and temporary relief from deportation. After talking to a wonderful fellow undocumented Georgetown student, I learned that DACA also permitted international travel (though only in certain circumstances) via Advance Parole, a special travel document that DACA recipients can obtain to re-enter the U.S.

Obtaining Advance Parole, however, is a ridiculously lengthy, expensive, and frustrating process. After paying a non-refundable $360 application fee, applicants must wait up to four months for approval by the Department of Homeland Security. Even upon approval, Advance Parole cannot 100 percent guarantee re-entry into the U.S. At any given border crossing or checkpoint, DACA recipients can still be denied admission into the country by Customs & Border Protection Agents, which can make traveling abroad a very risky ordeal.

With support from the Georgetown Scholarship Program and pro-bono assistance from an attorney, I was able to leave the U.S. for the first time last summer. I first traveled to Nicaragua to participate in the GU Impacts Program, but afterwards, I was finally able to return to Indonesia for the first time in 20 years, where I met long-lost family members, explored a country I had only known through stories, and reconnected to my roots. Although my journey back to the U.S. was incredibly nerve-racking, I was fortunately able to come home without any legal hiccups.

When I was nominated by Georgetown to study abroad in Budapest, Hungary last semester, I applied for Advance Parole a second time. But when December rolled around and my Advance Parole had not arrived yet, I lost nearly all hope that it would ever come. Thankfully, I received notice that it was approved on Dec. 23, which turned out to be the best early Christmas present I could’ve ever asked for.

Despite all the legal complications and the possibility of not being able to return, I decided that the benefits of traveling abroad were well worth the risks.

First of all, my status as a DACA recipient only allows me to leave and re-enter the U.S. for educational, humanitarian, or employment purposes. This means that once I graduate from Georgetown, it might be several long years before I get another chance to see the world, especially if the DACA program ends once Obama’s term is over—a very real possibility if the Republicans take over the White House.

Second, I must admit that I chose to study abroad so I could temporarily escape the daily struggles of being undocumented in America. Living in a country where I am repeatedly told I am unwelcome and where thousands of politicians are constantly scheming to deport me is psychologically and emotionally draining. Furthermore, realizing that I cannot individually “fix” my undocumented status and change the circumstances I was born into has been an extremely frustrating reality to accept. I’ve lived in the U.S. for over 20 years, graduated as the salutatorian of my high school, paid countless dollars in taxes, and am set to graduate from Georgetown in a year—but regardless of what I do, or how many selfies I take with the Vice President, I don’t know if I’ll ever be “American” enough for the U.S. government.

Here in Hungary, my student residence permit ironically gives me more legal rights than I have in the United States, though my undocumented identity has still managed to define my study abroad experience. I am spending my time in Europe as if it is the only chance I will ever get to see it—because realistically, it very well might be. Most weekends, I find myself traveling to other countries, not because I hate it here (Budapest is an amazing city in its own right), but because the ability to cross international borders freely and without worry is an exhilarating privilege that I’ve only ever dreamt of.

For months, I’ve entertained the idea of permanently moving to another country to escape my immigration troubles, but spending so much time abroad has shown me that this option just isn’t for me. All the people I love and all the issues I care about are in the United States, and my lack of “proper” documentation does not make me any less of an American. While I hope to continue exploring the world in the future, the United States will always be my home, and I refuse to give that up without a fight. 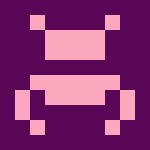 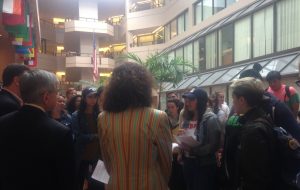 Hi Rio, I grew up undocumented in NYC for 14 years, I left back in 2006. It wasn’t an easy decision, it was years in the making, but ultimately, I decided I needed and wanted to leave. One of the many reasons I decided to leave was exactly that, to be able to cross borders and travel freely. I left my parents behind, lifelong friends and the only life I’d known til then. There were many years filled with regrets and feeling as if I’d left without a fight and yearning to go back. I am going for 9 years now since I left the US and I must say it hasn’t been in vain but it continues to be a work in progress. Recently Dr. Jill Anderson put out a book with 26 testimonies that include mine and that of others who were deported or “voluntarily” returned to Mexico. You can check it out at http://www.losotrosdreamersthebook.com.

Thank you for sharing your story. I’m a dreamer myself. I will be traveling to Ecuador soon to go see my grandparents. Like you said, it’s nerve-racking but I haven’t sen them in over a decade.