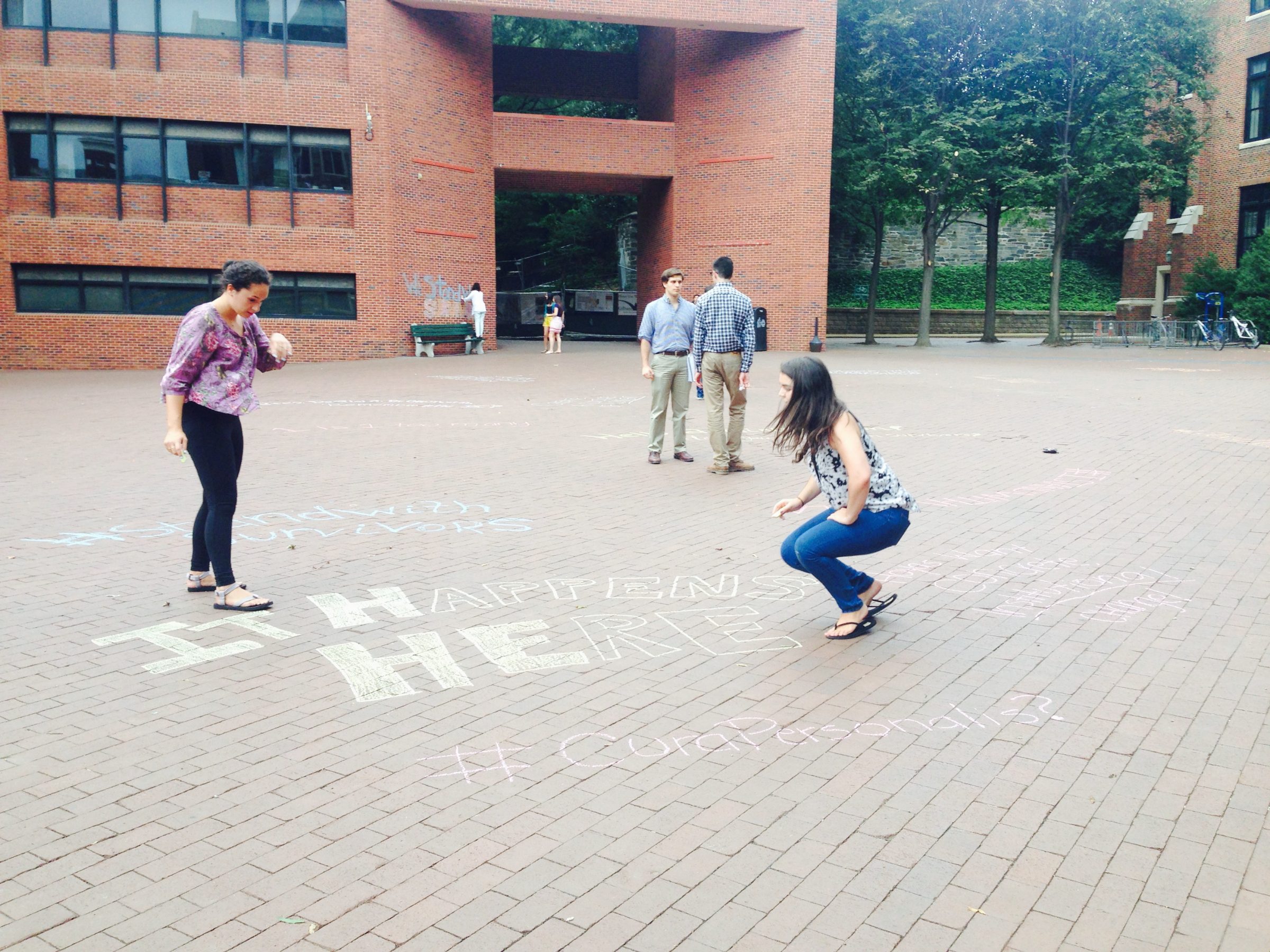 Students chalked Red Square with messages in support of the #IStandWithWilla #IStandWithSurivors social media campaign on Friday afternoon in the wake of a widely shared op-ed published in The Hoya.

Around 17 to 20 students passed by Red Square during the rally to observe, talk, and chalk messages of support. “Georgetown’s community stands with Willa. Does its administration?” asked one message. Another read: “Pres. DeGioia, Dr. Olson, et al., remember Title IX?”

“Our biggest hope for [the Monday] meeting is to expand the resources available for survivors and to make Georgetown a much more caring community, both in the administrators and culturally,” GUSA President Joe Luther (COL ’16), who wrote “Can’t wait to walk on Monday” on Red Square, said. He declined to offer details of what GUSA hopes to achieve at the meeting before they meet with the administrators on Monday.

“I’m so happy and impressed by the turnout,” Dobkin said. “It’s really good talking to people outside my bubble … [People have asked about] leave of absence policies, so I’ve been talking to people about that, and learning from people what the process is like, not just for survivors, but for other people taking medical leave.” 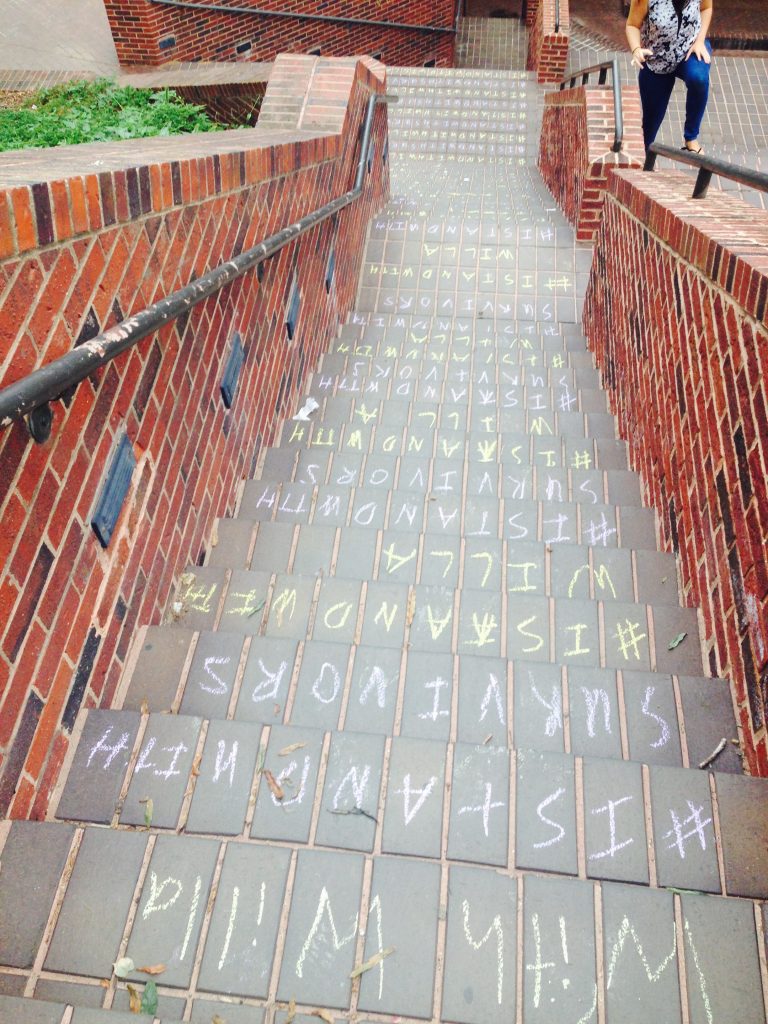 The #IStandWithWilla #IStandWithSurivors campaign began after The Hoya published the op-ed, which recounted how Georgetown University has failed to support Willa Murphy (COL ’16) after she was sexually assaulted in the spring of 2013.

Administrators reiterated their openness to dialogue and collaboration with students on support for sexual assault survivors. “Collaboration with students has been fundamental to the work we’ve done at Georgetown—students bring invaluable energy, commitment and insights to these discussions,” Jeanne Lord, deputy Title IX coordinator for undergraduate students, wrote in an email to the Voice.

Olson, who briefly appeared at the rally, said that Georgetown continues to build upon its work for sexual assault survivors. “I hope that we have a frank conversation [on Monday] and focus on the steps we can take this year that will make a difference,” he said.

The #IStandWithWilla #IStandWithSurivors campaign has received some pushback online. An Aug. 3 op-ed in The Hoya categorized the campaign as “hashtag activism” that undermined the campaigners’ quest for social justice.

“With respect to Kotwicki’s [Justin Kotwicki, the author of the Aug. 3 op-ed] viewpoint, it’s unfortunate he didn’t reach out to me, Willa, or anyone else involved in the groundwork of this movement before publishing his viewpoint,” Dobkin wrote in an email prior to the rally. “I’ve been employing a multifaceted strategy, that also includes meeting with other student leaders, creating an action email listserv, reaching out to CAPS and the Dean’s Office, and hosting this rally.”

Nonetheless, Dobkin said that the rally shows students are concerned about what the university is doing—or not—for sexual assault survivors.

“It might be the deadest week of the summer and possibly the year, and there are still students willing to come out on a Friday afternoon to show that we do not tolerate rape, or sexual assault, or sexual violence of any kind, [and] we do not tolerate institutional oppression of survivors,” she said.