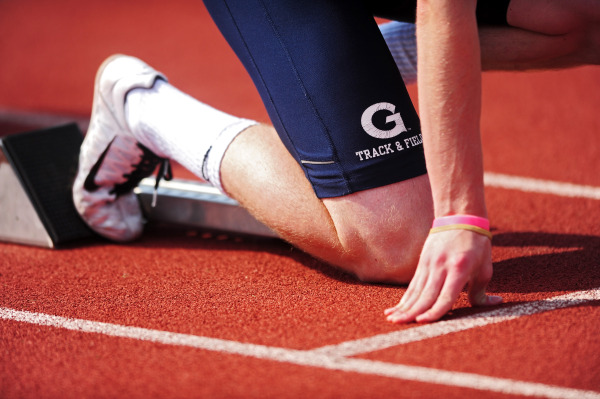 On July 31, the university released a statement regarding the results of two ongoing investigations into the men’s and women’s track teams that took place because of various allegations of racial bias and sexual misconduct. In light of the many blog posts, tweets, and university statements, it may be difficult to form a full understanding of the big picture. Here, the Voice staff is going to try and make sense of it all, with a simple timeline of the facts.

While the issues facing Georgetown track are certainly interrelated, they can be best understood as two separate lines of inquiry: allegations of racial bias and allegations of hazing and sexual misconduct on the men’s distance team.

The allegations of racial bias within the Georgetown University track team surfaced at the beginning of 2015, when members of the track team took complaints of preferential treatment to the Athletics Department. This process was outlined in an anonymous blog post published on July 16 in which the authors describe themselves as “teammates and athletes” at Georgetown.

After receiving a less than satisfactory response from the Athletics Department, they took their grievances to the university’s head of compliance, Dan Trump. According to the blog post, the athletes were told that “the Compliance office does not have the power to make anyone coach athletes” and “that discrimination is not an issue that the Office of Compliance can address.”

In light of this response, the team members stated that they then filed a formal complaint with the NCAA.

While the blog outlines the hoops the authors have jumped through, it also heavily references testimony from the story of a particular runner, Stefanie Kurgatt, that readers may have missed, leading to some confusion.

In a separate blog post published on July 16, the same day as the blog detailing the complaint process, Kurgatt, a now former Georgetown middle distance runner, described the last year of her experience on the team. According to Kurgatt, a coach on her team had told her that she would no longer be practicing with the squad because she was “negative”, and hadn’t been meeting the coaching staff’s expectations. Kurgatt contended that no expectations were ever made clear and that she had been performing to the best of her ability.

The last bit of Kurgatt’s piece connects what she perceives as institutional deficiencies of the track and field program to racial bias. She writes, “OHHH it all makes sense now! Because we don’t have a full size track.. This must mean that the sprinters get their gear last and less of everything. This means that their shoes do not come in on time, and they get used shoes. This means that they are not included in all the team emails. This means that it is okay to tell a black male athlete, ‘you’re black don’t be a pussy’!”

Kurgatt’s name no longer appears on the Georgetown women’s track and field roster, and she did not respond to the Voice’s request for comment.

Since Kurgatt published her piece, a former runner, Chelsea Cox has published her own blog post defending the program in light of accusations of racism.

Cox published posts on her blog from other members of the Georgetown track program that, in general, showed their support of the program and its coaching staff.

According to the anonymous blog post that outlined the track team’s struggle to be heard, issues of sexual misconduct on the men’s side of the team were brought up during their meeting with Dan Trump.

According to a statement released by the university on July 17, the administration was made aware of possible sexual misconduct perpetrated by members of the men’s track team in late April. It’s unclear if they were made aware by Mr. Trump, or by other means.

On April 28, a video trailer for what are, within the men’s team, known as the Snaxa Awards was released via Google Drive (as of the time of writing, the university has blocked access to the folder containing the video). The Snaxa Awards are a set of titles won for certain characteristics or act. According to exposegtowntrack.blogspot.com, “Members [of the men’s track team] are able to distinguish themselves by performing heinous acts that are sexually disturbing, similar to acts mentioned in the scavenger hunt list.” No information on the scavenger hunt has been released as of the time of writing.

The University released a statement regarding both investigations, the first of which was released on July 17, one day after the dual blog posts went up. The initial announcement detailed the steps the University was taking to address the issues in the men’s locker room, which included reviewing the team’s policies on such behavior, enhancing oversight on team activities, closing the team’s actual locker room, and interviewing coaches and runners

The latter parts of the letter detailed a separate, ongoing investigation by the Georgetown University Office of Institutional Diversity Equity and Affirmative Action (IDEAA) into the claims of racial bias within the entire track program.

In a second statement released by the university on July 31, Georgetown revealed the findings of both investigations and outlined its plans to move forward.

On the allegations of racial bias, Georgetown reported that, “The Office of Institutional Diversity Equity and Affirmative Action (IDEAA), which conducted the investigation into racial bias, found no racial bias in the track program.” The university emphasized that it conducted dozens of interviews with past and present team members and coaches, and that this testimony had proved “valuable to providing an understanding of interactions within the program.”

As for the allegations of sexual misconduct, the university found substantiated claims of misconduct that violated the university’s policy on sexual misconduct, harassment, non-discrimination, and hazing. Past and present members of the men’s team members and staff were interviewed, and while the university recognized that not every runner on the team had participated in the misconduct, it stated that “these behaviors and actions created a culture that is inconsistent with the University’s values and did not meet the expectations Georgetown has set for members of its community and for its student-athletes.”

The result of their findings means a few things for the male members of Georgetown track. There will be a number of sanctions on the team this coming year including:

Despite being exculpated, Patt Henner, the Georgetown University director of track and field, resigned from his post within the athletics department. Henner released a statement in which he said, “I recognize the University’s need to move forward with a fresh start and I do not want to be a distraction in that process.” Henner was director of the program for eight years, and was an assistant coach eight years before that.

Despite imposing sanctions on the men’s program, the university did not place any competition restrictions on the women’s team for the coming year, according to Rachel Pugh, the university’s senior director for strategic communications. Pugh wrote in an email to the Voice that “[t]he women’s team will participate in increased training with the entire Athletics Department.”

The Voice will provide continued coverage of this story as new pieces of information are available.

Exculpated? The New York Times is written at a 10th grade level. It looks like y’all are gearing up for the SATs.

Get your shit together, “Voice Staff”