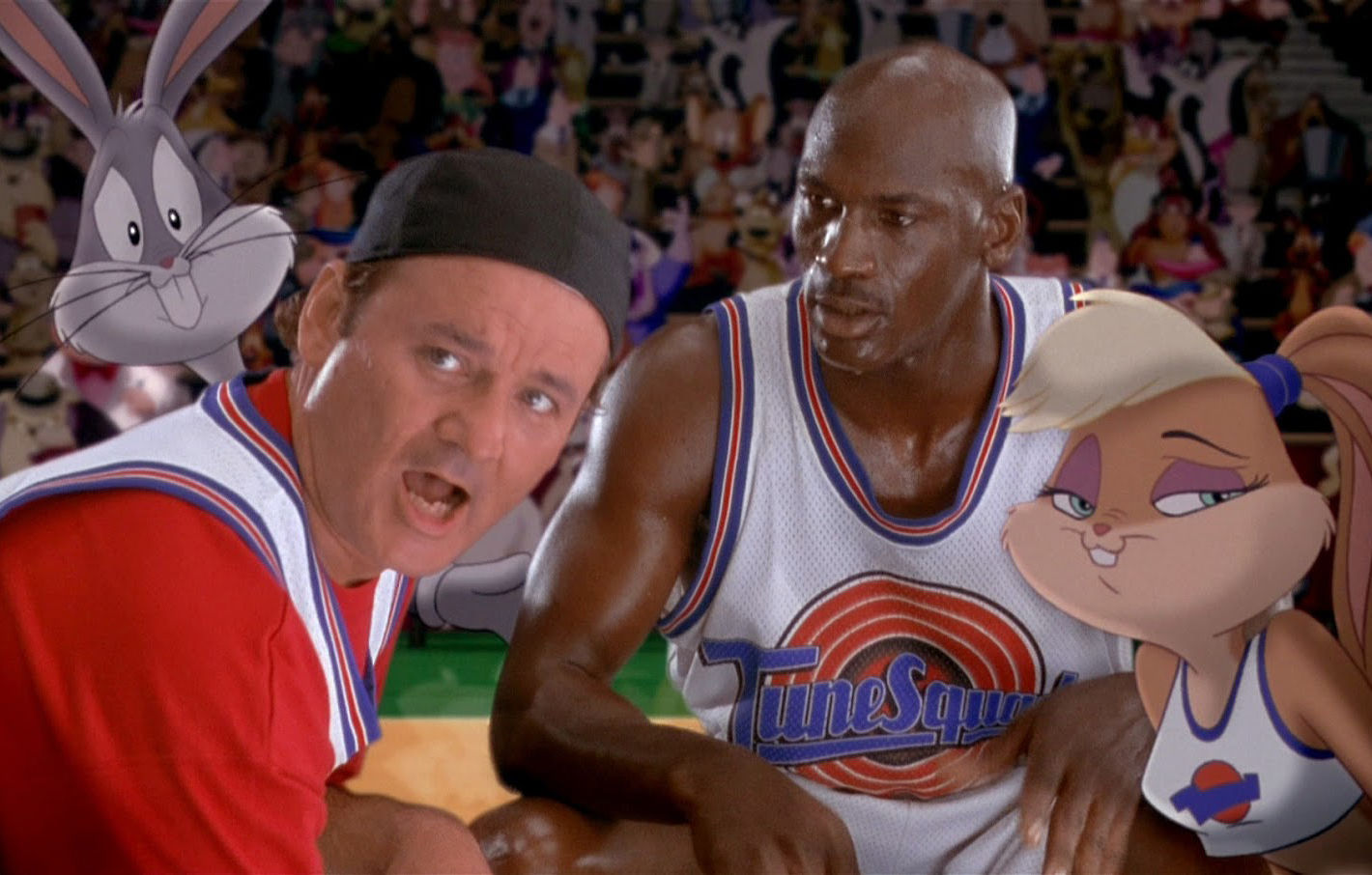 At age seven, I was young and wide-eyed. I loved Pokemon, The Crocodile Hunter (R.I.P Steve), and, like many youths of my day, I had an affinity for Warner Brother’s Looney Tunes. My parents loved nostalgic pop-culture and Saturday morning cartoons put these nostalgic characters within reach of my pajama-clad arms. I still hold a special place in my heart for lines like “Pismo beach and all the clams we can eat,” or the timeless debate between duck season or rabbit season. But this year was the year I decided to step things up. To tell you the truth, the details of 2002 are a bit fuzzy to me, but one thing remains salient in my head: This was the year I viewed Space Jam for the first time. Michael Jordan fresh in his baseball/golf prime, aliens, basketball, and a Bill Murray cameo. What was there not to love? Thirteen years later, I have returned to critique this piece of art once and for all to determine the quality of the 1996 masterpiece. Halftime reviews: Space Jam.

First, a rundown of the plot. It follows the Looney Tunes as they recruit Michael Jordan to win a game of basketball against a group of aliens. The stakes? If they lose they will be enslaved in the alien boss’ theme park (voiced by Danny Devito). The aliens steal the talents of famous basketball players Patrick Ewing, Mugsy Bogues, and other NBA talents.

This cinematic masterpiece begins, as all films should, with the flashback scene from the life of a young Michael Jordan accentuated by the beautiful score of “I Believe I Can Fly.” Thematically speaking, one can really attribute a great deal of the film’s success to score. With R. Kelly and Jay-Z, and several others producing custom tracks for the film’s soundtrack, what could possibly be bad about this film?

Absurdity, looney-ness if you will, is the recurring theme of this production. Quarantine tarps placed over entire NBA stadiums and Charles Barkley at a seance may seem ridiculous, but it is actually something quite impressive. Warner Brothers modernized their characters with a star-studded cast dedicated to the film’s success. The film is just as ridiculous as any Looney Tunes cartoon. It is highly successful in that it brings its traditional formula out of animation and into real time. The extremely simple settings: a half-animated basketball court, a non-descript golf course, and even Jordan’s home mirror the simplistic cartoon style that most Warner Brothers fans have to come to love. It is an impressive, and successful appeal to demographics that it normally would be inaccessible to. Even comedy great Bill Murray throws his hand into the mix to appeal to older generations. Bugs and Daffy’s dialogue becomes sharper and filled with innuendo, sexual or otherwise, (note Bugs Bunny’s female counterpart) for aid in the demographic shift as well.

Michael Jordan’s personal and professional life thrives as a strong subplot to this ridiculous film. The time frame is important, since the film is set during Jordan’s brief retirement from the NBA to pursue professional baseball. This is an intense period of time, as Jordan left his area of expertise for a sport where he genuinely struggled. It is a challenge to his fame and pride. Although Jordan is not an actor, I can appreciate his subtle expressions and attitude in depicting this internal conflict.

Space Jam is by no means an Oscar-worthy picture or even a work noted for its powerful acting. However, I believe that it shows an effort. It is something completely unheard of, innovative even. The film is equally, if not more, memorable than the best Sylvester and Tweety Bird skit or Elmer Fudd chasing down Bugs without success. The film the highest grossing basketball film of all time. It welcomed Looney Tunes into the modern times, allowing for a massive resurgence in interest for those nostalgic cartoons. Masterpiece? No. Success? Absolutely.