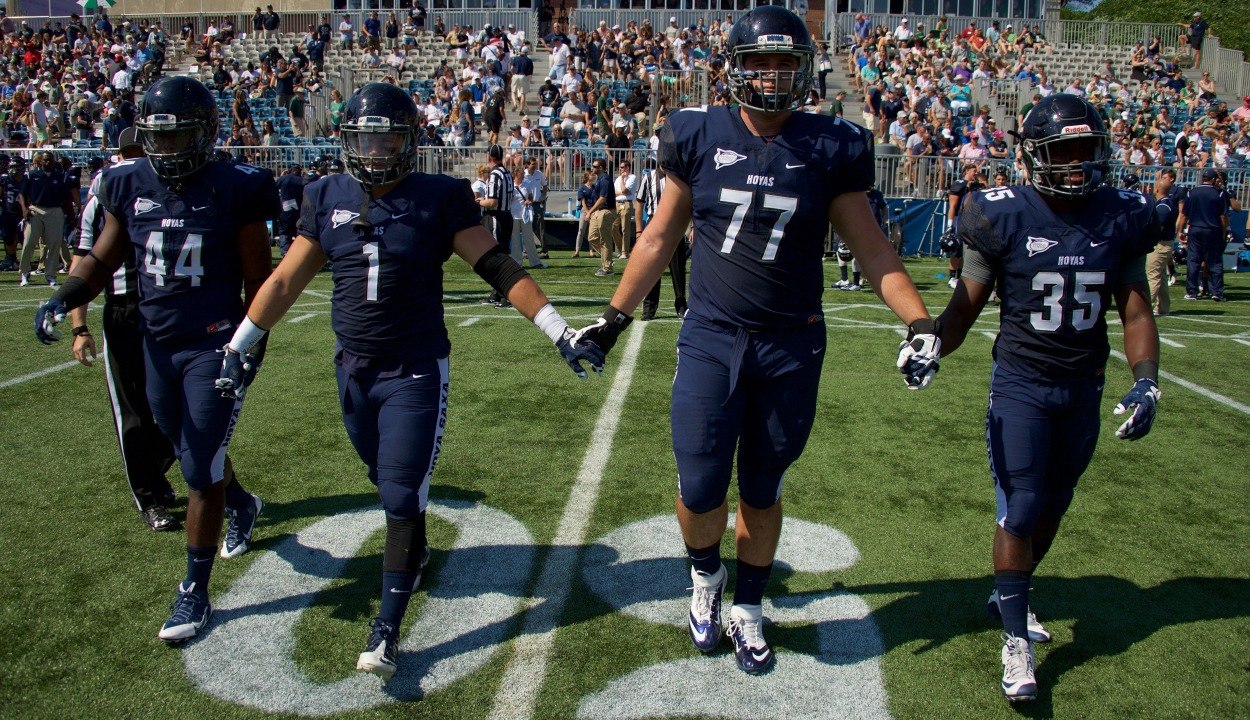 Brains vs. Brawn, or maybe Brains and Brawn vs. Brains and Brawn, as two schools with strong academic reputations face off on the gridiron. Saturday’s game will mark the second of three consecutive games against Ivy League for the Georgetown football team (1-2, Patriot League), as they travel to New York to face Columbia (0-1, Ivy League). Kickoff is slated for 1:00 p.m.

Georgetown will be looking to return to .500 on Saturday after a tough loss to Dartmouth last week. The Hoyas will want to improve on turnovers and their red zone scoring after failing to capitalize past the twenty against the Big Green. The lone touchdown last week came on a 31-yard strike from senior quarterback Kyle Nolan to junior tight end Matt Buckman.

The Hoyas are hoping to take advantage of the Lions’ early season form, as they were unable to register the win in their opener against Cornell last week. The Hoyas, while having lost two of their three games, have already notched a win under their belt, building confidence for a team still early in their season.

Georgetown will also attempt to develop the relationship between Nolan and his favorite target thus far, senior wide receiver Jake DiCicco. DiCicco leads the team with ten receptions over the first three games of the season. Junior wide receiver Justin Hill is another important target for Nolan, after catching two touchdowns in the team’s win against Marist.

Georgetown Head Coach Rob Sgarlata has great respect for the Columbia coaching staff, and their new head coach Al Bagnoli, who previously coached at Penn for over twenty years and holds the record for most career Ivy League wins. Preparation is difficult since there’s only one game of film to break down.

”[Al] did a great job at Penn for years and years. They have a great staff with the guys they brought up to Columbia…” said Sgarlata. “[It’s] kind of a blind game for us.”

The team also continues to fight for junior linebacker Ty Williams, who suffered a severe neck injury in the team’s season opener against St. Francis (Pa.). The team has placed a #2 decal on each player’s helmet in order to show their support for Williams.

This game between the Lions and the Hoyas will mark the beginning of a 10-year series between the two teams. The winner of the series will take home the Lou Little trophy for the year until the two teams meet again. The late Lou Little was a Columbia football stalwart and holds the Columbia school record for most career wins. Little also coached the Georgetown football team from 1924 until 1929.