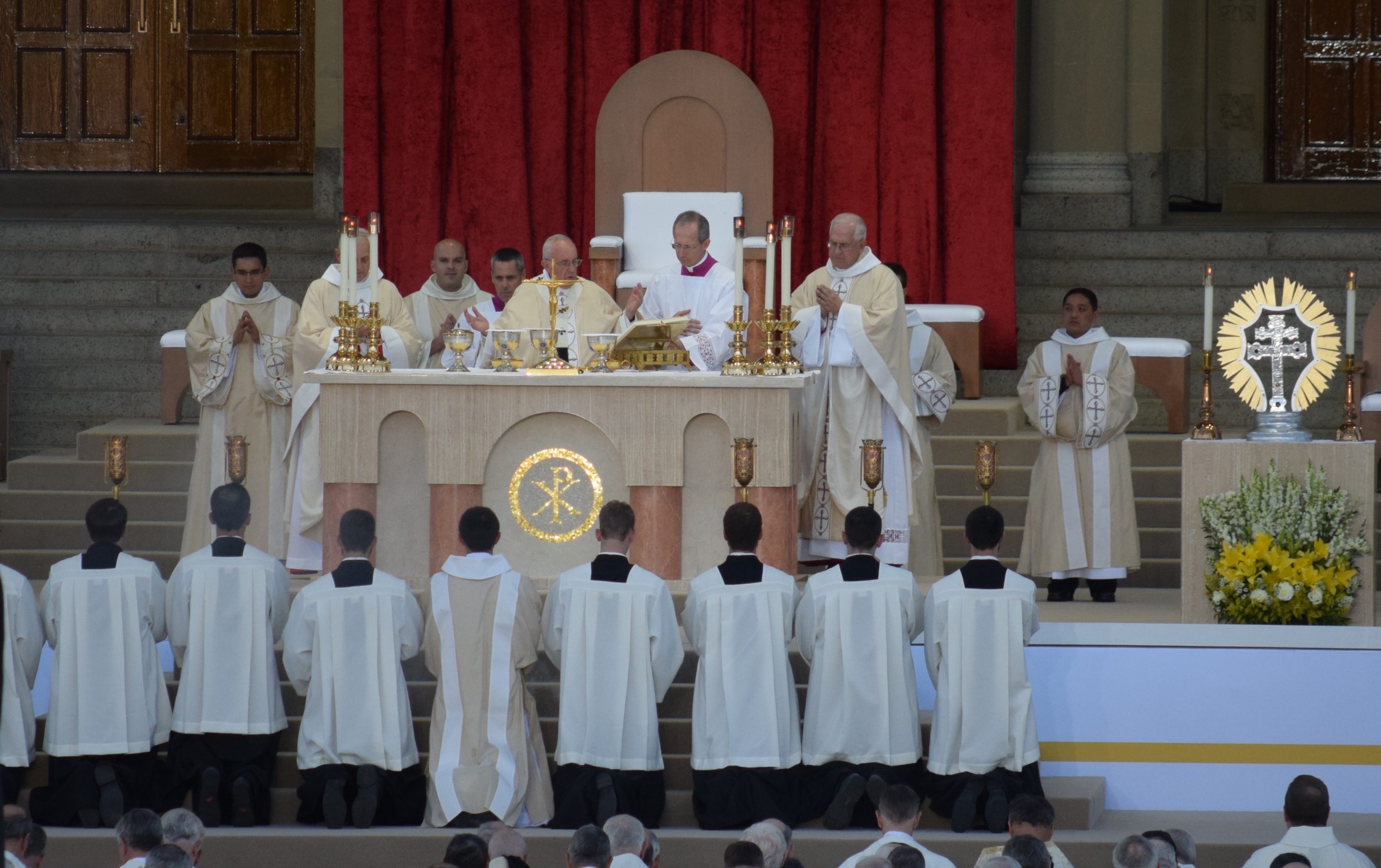 Becoming the fourth pope to officially visit the United States, Pope Francis began his apostolic journey to America this past Tuesday, spending three days in Washington before traveling to New York and Philadelphia. After processing down the National Mall, Pope Francis led Wednesday’s mass at the Basilica of the National Shrine of the Immaculate Conception at the Catholic University of America.

Wednesday’s service was a canonization mass — the first canonization mass performed on U.S. soil — for Junípero Serra, an 18th century Franciscan Friar who served as a missionary in both Mexico and California. Junípero worked with several indigenous populations, converting over 5,000 individuals during his lifetime.

Pope Francis emphasized the importance of Junípero’s dedication and selflessness, evident in his overcoming of ailments such as asthma to spread the word of God. In his homily, the pope said, “He was the embodiment of ‘a Church which goes forth’ a Church which sets out to bring everywhere the reconciling tenderness of God.”

During the intercession prayers, readers spoke in indigenous languages such as Creole, Tagalog, Igbo, Vietnamese, and Korean. The rest of the service, along with the homily, was spoken and sung predominantly in Spanish.

“The native American readings were a nice nod to a culture that is many times forgotten and disrespected,” said Dustin Parker (COL ‘16).

“Did it seem forced? To a point, yes,” said Andrew Kirkpatrick (COL ’18). “But this wasn’t just a mass in Dahlgren, where everyone speaks English… incorporating all of these languages, while very planned, sends the message that not all Catholics are white, English-speaking people. It’s good to recognize that, especially during such a big event.”

The pope’s homily asked Christians around the world to “regain the conviction that we need one another, that we have a shared responsibility for others and for the world” (Laudato Si’, 229). “Siempre adelante,” urged Francis. “Keep moving forward! For him [Junípero], this was the way to continue experiencing the joy of the Gospel, to keep his heart from growing numb.”

According to attendee Dolly Moorhead (COL’16), Pope Francis had a humble air about him as he delivered his homily to the masses. “He was much quieter than I expected and had less of an impressive ‘awe’ than I expected– but I liked that; it made him feel like he was one of us, a man for the people,” Moorhead wrote in an email to the Voice.

More than 25,000 people ventured to the papal mass, including 1,000 priests, hundreds of bishops, and several ranking Knights of Columbus. Despite the thousands of pilgrims crowded around the East Portico of the Basilica, Taylor Downs (COL’16) noted that it was a pleasant atmosphere. “Everyone was just so nice,” she said. “No one was pushing or shoving, like people usually do in big crowds. Instead, when they saw a shorter person straining to see, they did their best to make room.” On the other hand, Kirkpatrick admitted that such a large and energetic crowd did “make it hard to experience the intimacy that you sometimes get from a mass.”

On Thursday morning, Pope Francis faced a more political atmosphere while addressing Congress. The pope reminded lawmakers, “you are called to defend and preserve the dignity of your fellow citizens in the tireless and demanding pursuit of the common good.”

Citing American figures such as Abraham Lincoln, Martin Luther King, Jr., Dorothy Day, and Thomas Merton, Francis emphasized the need for American officials to “move forward together, as one, in a renewed spirit of fraternity and solidarity, cooperating generously for the common good” while touching on issues such as immigration, religious liberty, and preservation of the family.

“Some people need a kick to get up and do things in congress,” said Downs. “A lot of people will listen to Francis — he’s such a huge figure in both the US and around the world.”

This is the first time that a pope has journeyed to the America since Pope Benedict XVI’s sole visit in April of 2008. Benedict’s predecessor, Pope John Paul II, visited America on seven separate occasions, traveling to states on both the West and East coasts.

The pope left Washington on Thursday afternoon, journeying to New York and leading mass at Saint Patrick’s Cathedral. Francis also addressed the United Nations General Assembly before holding a multi-religious service at the 9/11 Memorial, blessing those who lost their lives at Ground Zero. Francis will now turn to Philadelphia for the remainder of his apostolic visit, returning to the Vatican Sunday night. 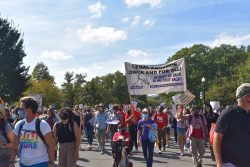 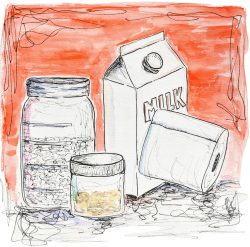